Our previous report indicated that iPhone 6s would be coming with a 1080p display, while its larger screen counterpart would be sporting a 1440p display. While this is something that we were looking forward to, we have come across one of the biggest image leaks concerning Apple’s upcoming iPhone 6s duo. This leak shows that both devices might be sporting a feature that is also present on the company’s 12 inch MacBook. Care to know what that feature is? Then proceed to read ahead.

The image leak comes from popular leakster Steve, who has uploaded several images of the components that are going to be present inside iPhone 6s. Apart from Apple’s A9 SoC, which we know is going to be fabricated on Samsung’s and TSMC’s 14 and 16 nm FinFET process respectively, the upcoming smartphone tag team might also feature a Type-C USB port, which is the same port present on Apple’s 12 inch MacBook.

Having a Type-C USB port incorporated in a smartphone will definitely improve the data transfer speed on mobile devices. Devices like OnePlus 2, which also features the same charging port, is also able to charge its battery very rapidly, indicating that this advantage might also be exhibited by the upcoming iPhone 6s. Another impressive specification that we have heard from our previously published reports is that both handsets are also expected to feature a 12 MP rear camera sensor that will effortlessly be able to record 4K videos. 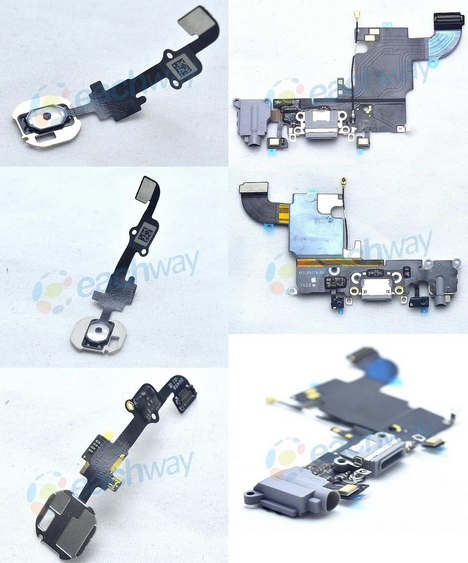 While all of these features are downright impressive, we should take this latest leak with a grain of salt and wait for the official announcement of the smartphone, which we is going to take place next month. Hopefully, iPhone 6s is going to sport all of the aforementioned specifications, making iPhone fanatics even more ecstatic on the official launch day.