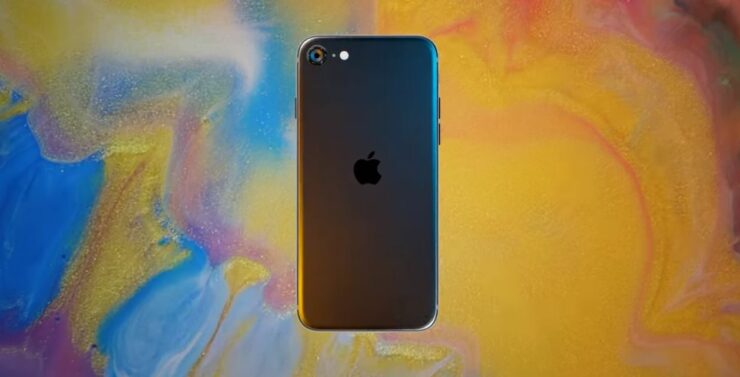 It's been long since the iPhone SE was announced and news regarding its successor is pouring in fast. The company is expected to announce the iPhone 9 or iPhone SE 2 in March of this year. There have been several rumors running wild in the industry that it will feature a smaller form-factor compared to the flagship iPhone 11 series, faster components and much more. Today, we have a new iPhone 9 concept that envisions what we can expect from the handset.

The new concept video by Mauro Battino depicts the iPhone 9 being similar to that of the iPhone 8. It will have a similar form-factor but a frosted rear glass. In addition, the video shows that the device will boast a single-lens camera at the back. Battino also envisages the iPhone 9 in a wide array of color options which includes Black, White, Product(Red), and Jet Black.

The smaller iPhone 9 is rumored to feature a 4.7-inch display, same as that of the iPhone 8. In addition, Touch ID support will also be part of the mix along with a 12-megapixel camera sensor at the back. A13 Bionic is the company's latest and greatest processor which can be part of the company's forthcoming budget handset. Check out the video embedded below for more details.

As for pricing, there have been rumors pointing the iPhone 9 to feature a $399 price tag. Compared to Android, the iPhone 9 will be a much more tempting option for those looking to get their hands on a device that not only looks good but packs enormous processing power.

As of now, there has been no word from Apple. We will hear more details on the device in the coming days so be sure to stay tuned in for more.

What are your thoughts on the new iPhone 9 concept? Are you still willing to get your hands on a smaller handset? Let us know in the comments section below.