The iPhone 7 leaks and rumors are coming in hot, and today sees the Space Black shell of aforementioned smartphone leaked into the wild.

It's been rumored for quite some time now that Apple will release a Space Black tinted iPhone 7 later this year. Interestingly, thus far, there hasn't been a single leak showing off the aforementioned color option in the flesh. But today, we have stumbled upon a leaked shell of the iPhone 7 that happens to be in Space Black.

Leaked by The Malignant on Twitter, have a look at the Space Black colored iPhone 7 shell along with the photo of the SIM card tray in the same color.

Quite frankly the Space Black color option looks slick compared to what Apple has been offering with Space Grey. The last time we saw a truly black iPhone was back in 2012 when Apple announced the iPhone 5. After that, the company has opted for minimal color options, with Space Grey being one of them.

It seems as though Apple is going to hit its gauntlet hard on the ground in order to appease its user-base with Space Black. Also, this will bridge the color options available in the Apple Watch lineup of devices with the iPhone as well. After all, thus far, Space Black has been exclusive to the high-end steel Apple Watch variant. It will be nice to see how things pan out when the exclusivity ends later this year. 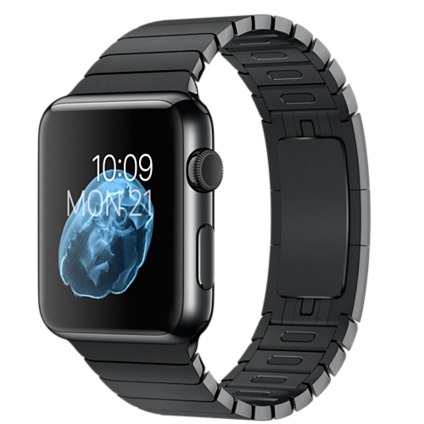 And if Apple does bring the Space Black color to the iPhone, and it likely will, this will in turn make room for other devices gracing the color option too. We're certain Apple will start by spilling the tint over at the iPad first, with the Mac being a likely recipient later on.

Apple is set to announce the iPhone 7 in September. And given Apple's release timetable from previous years, it's likely the device will go on sale later in the same month.

It seems unlikely Apple will make less noise this time around during its smartphone announcement, as iPhone sales have slightly dipped if past quarter results are anything to go by.