More than twice, actually! It is no news that Apple has perhaps never made so big differences as it did this year in its smartphone lineup. Not only this year's iPhone models are bigger but they are also claiming to be better. Want some proof? Here is an iPhone 6 Plus vs iPhone 5s Wi Fi speed test showing just how far the latest model has come when it comes to speedy connectivity. No wonder it has been a feature given much attention and care considering our incessant demands of speedy connectivity on our smartphones. 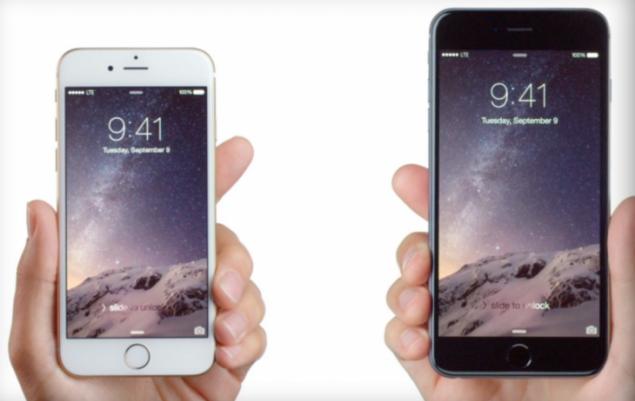 This iPhone 6 Plus vs iPhone 5s WiFi speed test comes thanks to iClarified who have put together this comparison test to show the difference between two variants. While Apple's iPhone 5s has 802.11n WiFi standard, the latest iPhone duo comes with 801.11ac standard. These little differences in the standard titles apparently mean a lot in the real world as we can see in the test video too.

When put on the WiFi test on restored iOS 8 versions on both devices and same network, iPhone 6 Plus got a 278.5 Mbps score on the test download. On the other hand, iPhone 5s only got a rather disappointing 101.1 Mbps. iClarified put them both on the clean iOS 8 in order to achieve the most accurate results. It also connected them to compatible Apple AirPort Extreme Wi-Fi base station.

The video certainly shows some crazy better results (with some beautiful melody) when compared with the predecessor models. However, if you are thinking to buy iPhone 6 Plus, make sure you also have a good Internet Service Provider. While it depends quite a lot on your device, it is much more your network that halts or speeds up the connectivity. Let us know what you think about the latest iPhone 6 duo if you have got any of the devices.