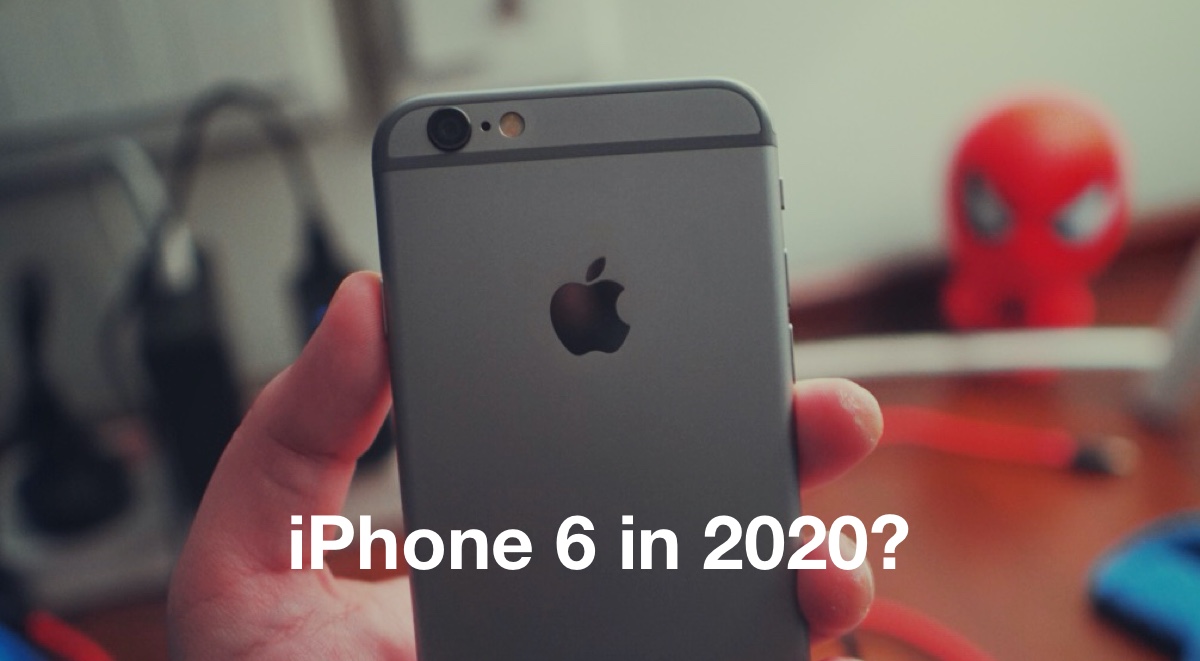 Are you looking for a super cheap iPhone? The iPhone 6 is one of the many options available right now. But, is it worth it in 2020?

iPhone 6 Did Not Get the iOS 13 Update, But for Basic Tasks it's More than Capable in 2020. But, are YOU Willing to Make Compromises for it? That's the Big Question

After cleaning out my work drawer the other day I stumbled upon a relic from the year 2015. It was an iPhone 6, the 4.7-inch model complete with 16GB of storage. My curiosity hit an all-time high so I plugged the phone in to my Mac, installed a fresh copy of iOS 12.4.4, tossed in a SIM card to see how it's like in 2020.

Here's a quick TL;DR: it does what an iPhone should but with loads of compromises especially in the software arena. Read on for more details.

iOS 12 is the end of the line for the iPhone 6. This phone didn't get the iOS 13 update and never will. This means that you will be missing out on some features such as the new Reminders app, the super awesome dark mode, the cool editing features straight in the Photos app, Sign in with Apple and a lot more. But, what you do get is the iPhone experience which you can expect from an iPhone. If you just want to make phone calls, send iMessages and maintain your blue bubble status, this phone will do it and do it quite well. Sure, there are stutters here and there, but this thing handles everyday tasks quite well. Furthermore, developers are kind enough to toss in iOS 12 support for their apps even to this day, so your favorite apps and games such as TikTok, Facebook, Twitter, Instagram, PUBG and more.

Since the iPhone 6 never got the iOS 13 update, therefore you won't get Apple Arcade. However, there are still plenty of games out there in the App Store which will work just fine.

Not a Bad Choice for Music

If you are planning to use the iPhone 6 primarily for music, then it won't disappoint at all. Apple Music works just fine, so does Spotify, Deezer and everything else. Heck, you even get support for the AirPods Pro, but slightly broken. You have to switch between noise cancellation and transparency modes using the stem of the AirPods Pro. Not exactly convenient, but it works.

The battery life is quite horrible on the iOS 12.4.4 update. I use an iPhone 11 Pro Max therefore the difference is far pronounced for me. I literally just checked my email, browsed around for a few seconds and boom, the battery level dropped 4% as if it was magic. Basically, this is a phone that requires you to keep an extra portable battery in your other pocket if you are a heavy user.

If you find yourself not fiddling with your phone that much throughout the day, you can squeeze an entire day of battery life with it. But you really have to make some sacrifices to make it happen, such as turning off location services for certain apps, make sure you are not sending diagnostic data back to Apple and so on.

iPhone 6 is Remarkably Thin and I Missed it

Remember when iPhones used to be super thin? The iPhone 6 is just 6.9mm thick, which is absolutely crazy. Apple managed to pull this off using their typical feat of engineering. But obviously, all of this comes with a cost. The cost of battery life. But, the moment you hold this thing in your hand, it reminds you how amazing technology looks and feels when it's at its thinnest. It definitely looks great, but the downside is very clear: battery life. Will you take it?

Crave those fast LTE speeds on the go? The iPhone 6 will tackle 4G LTE like a champ. Of course, it's no the same speeds you'd expect on modern iPhones but it's fast enough for streaming YouTube or Netflix without stutters. But that LTE support also means you'll be giving the phone some serious hit in the battery department. Might want to consider switching between 3G and LTE from time to time, or just put the phone in Low Power Mode.

The iPhone 6 is not a bad phone in 2020 if you are an extremely light user or you just need a second smartphone for basic tasks. I would suggest picking one up if you are getting a very insane deal on it. But, I would still recommend spending the extra money and hunting down an iPhone 6s instead. It has the latest iOS 13 software update, meaning it'll do everything what a modern iPhone should without any compromises. And it is surprisingly capable too for just a small difference in money if you are buying second hand.