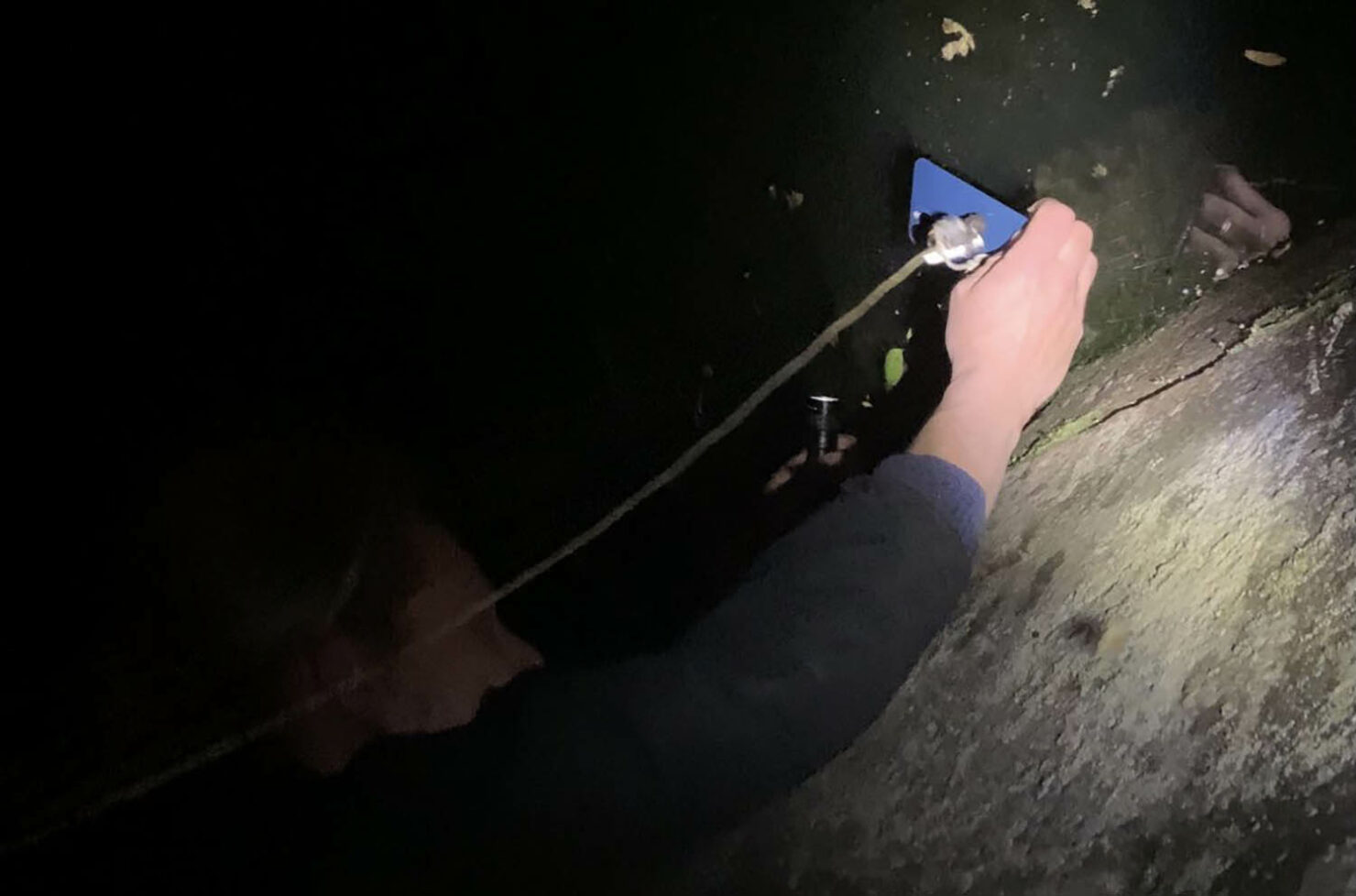 Apple introduced magnets in the iPhone 12 lineup to allow compatibility with MagSafe charging and other accessories. The device would just click into place, and for those wondering, this also included the iPhone 12 Pro. However, who would have thought that introducing a convenient way to charge your latest iPhone could also turn out to be one way to fish it out of a canal? Well, that is exactly what happened.

Last Saturday, a friend of app developer Frederik Riedel displayed possibly one of the most effective features of MagSafe when he fished out his phone from the bottom of a canal in Berlin. After wading through the 3-foot deep water in a failed attempt to find his iPhone 12 Pro, Frederik and his friend decided to give a magnet fishing rod a shot.

A strong magnet was attached to the end of a fishing line and cast into the area where the phone was dropped. With a stroke of luck and the innovative MagSafe technology, the phone caught onto the magnet and was pulled out successfully. The iPhone 12 Pro was recovered around 3 AM, and to everyone’s surprise, was deemed fully functional with an almost full battery, even though it had been submerged for hours. Who could have ever guessed that MagSafe would one day be such an effective means of recovering iPhones?

Something happened tonight. A friend of mine dropped his iPhone 12 Pro in the canal in Berlin. It disappeared in the mud. He waded through the 3ft deep water. No way to find it. But he found a Nintendo Switch instead.

Not only did the duo find their lost iPhone, during their first attempt at searching in the water, they were also able to recover a lost Nintendo Switch. Unfortunately, it did not appear to be functional. Although this was not the first reported case of the MagSafe technology being used to ‘fish’ for iPhones, it surely is an ingenious way to search for something that would have been deemed irrecoverable.

While devising unconventional tools to retrieve devices has been around for quite some time, MagSafe now provides a superior solution to makeshift broom and string contraptions, just in case another iPhone 12 Pro accidentally drops in the water.