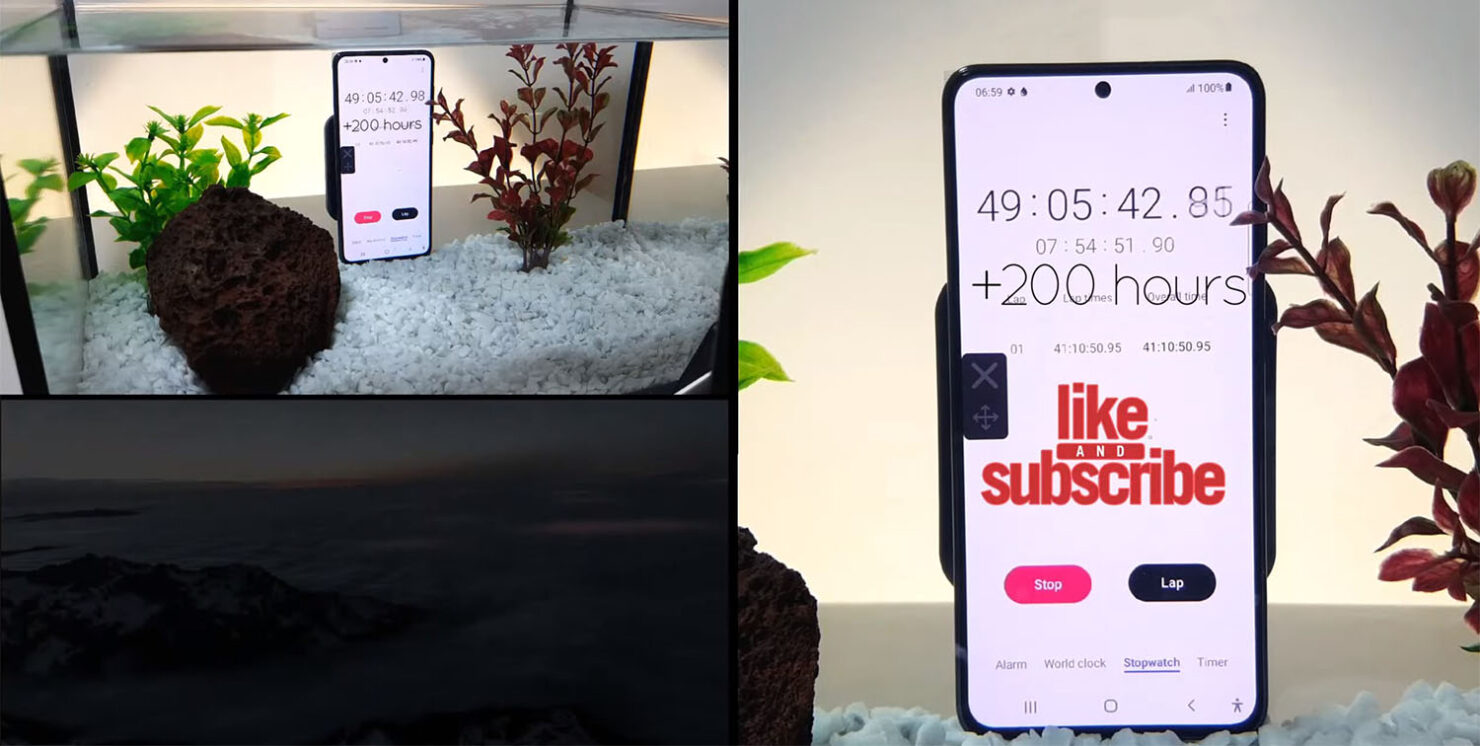 Samsung markets the Galaxy S21 series as being IP68 dust and water-resistant. This means that each member of the Korean giant’s flagship lineup can resist water up to a maximum depth of 1.5 meters and for up to thirty minutes. However, one YouTuber decided to test the water-resisting limits of the Galaxy S21 and initiated a broadcast for several viewers to check out what he was up to. Where most devices might have powered off due to water seeping in and wreaking havoc on the internals, the Galaxy S21 continued to function, even after 11 days.

After the Fifth Day, the Galaxy S21 Started Showing a ‘Moisture Detected’ Warning

The feat was impressive to the point that even the stopwatch had to be reset twice. The stopwatch app built into One UI 3.0 could only work up to 99 hours, 59 minutes, and 59 seconds. Also, it’s not like the Galaxy S21 was working flawlessly while dipped in water. During the fifth day of the broadcast, the flagship issued a ‘moisture detected’ warning.

During this time, the display of the Galaxy S21 became unresponsive, with some frequent ghost touches happening. However, the YouTuber with the channel titled Photo Owl Time Lapse claims that some random button presses eliminated the problem. Unfortunately, during the last days of streaming, the speakers of the Galaxy S21 degraded in terms of outputting quality audio, indicating that water damage was the cause.

Regardless, it’s still impressive that this Galaxy S21 was able to hold out for as long as it did. Often times we forget how resilient and durable these smartphones really are. For instance, one iPhone 6S survived being accidentally dropped from a flying plane. Other times, all it takes is a little water or a small drop to make these devices unusable.

Samsung does mention in the fine print that while IP68 water and dust-resistant smartphones can hold out water for some time, these aren’t waterproof. If it’s found during warranty service that there was water damage, Samsung won’t be issuing you a replacement, no matter what.