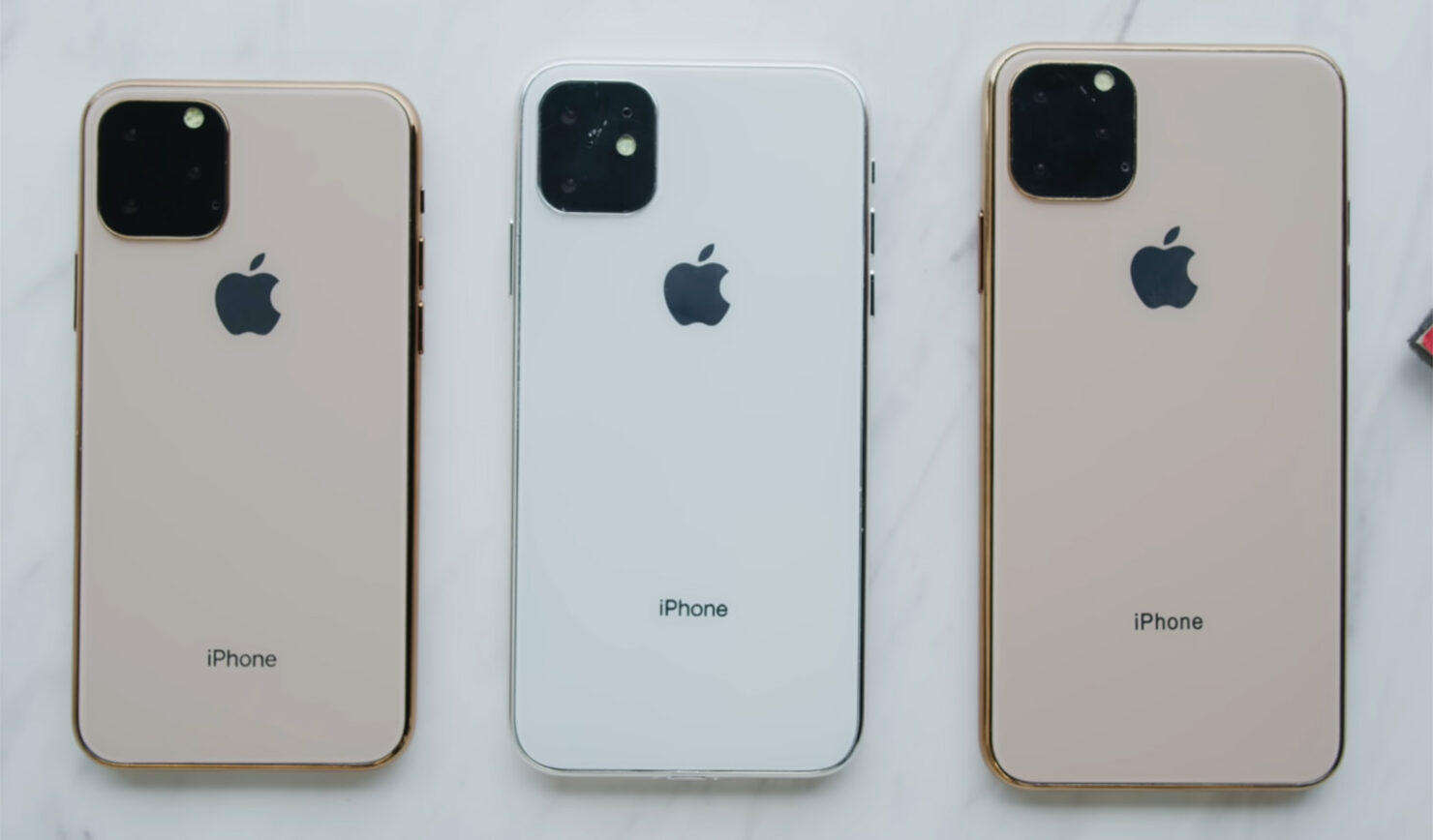 We’re only a couple of months away from Apple’s September keynote, where the company will announce three brand new iPhone models. Luckily, the insanely popular technology reviewer MKBHD got his hands on some iPhone 11 dummies and provided a first look of what to expect from this year’s offerings. As most of you know, there are going to be three new models, succeeding the last three which were launched in 2018, so let us take a look and see what new information this hands-on video reveals.

MKBHD gave a shout-out to Sonny Dickson who provided the tech reviewer with these iPhone 11 dummies. They maintain the same display size as their predecessors, suggesting that a major design shift isn’t expected. However, the most noticeable difference is that triple rear camera setup that we can hope to see from the more premium iPhone 11 and iPhone 11 Max.

You’ll have your standard RGB sensor, coupled with your telephoto lens, which rumors claim that provides 3x optical zoom. The third camera is expected to be outfitted in a wide-angle lens, and MKBHD hopes that the image and video recording quality will be the same as the RGB sensor, which will be a nice little touch for a lot of smartphone camera buffs. Even though Apple is late to the party when it comes to multiple camera sensors, it’s the image quality that will really matter, especially against players like Huawei, who seem to be dominating this category.

As for the iPhone 11R, it will have a dual-camera setup at the back. MKBHD hopes that Apple will implement a wide-angle lens for the secondary camera and possibly rely on computational techniques to maintain image quality as much as possible when the user zooms into the subject. However, that might not be the case as Apple has been rumored several times to incorporate a telephoto lens on the iPhone 11R.

Other than that, all three smartphones will have a single camera sensor at the front, with the same sized notch, and hopefully faster Face ID unlocking. There’s also a rumor that Apple will remove 3D Touch from all three phones, most likely because it was an underutilized feature. However, the company is expected to add extras ranging from reverse wireless charging, bigger batteries, better-sounding speakers, but unfortunately, no Type-C USB port.

Overall, MKBHD thinks that this will be an underwhelming upgrade from a design perspective compared to last year’s models. However, if you’ve come from a previous-generation iPhone from a couple of years back, then you might want to give one of these iPhone 11 models a closer look. You never know what you might end up liking about them.