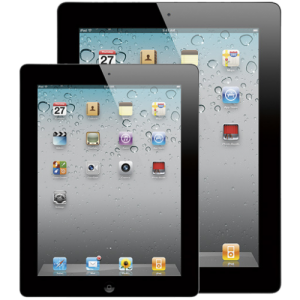 There has been no lack of iPad Mini rumours and frankly most people have gone weary of reading about a device whose existence can most definitely be called to question. Up till now Apple has not uttered a word about iPad Mini. The rumour mill on the other hand has been delighting us with information about this upcoming device. There have been various part leaks and high quality images of iPad Mini mockups entice us to believe that a 7.85 inch Apple tablet is coming our way in the very near future.

Today's report comes from John Paczkowski of AllThingsD. He cites sources familiar with Apple's plans and says that the fruit company will be conducting a special media event on October 23, which will actually be the iPad Mini launch event. Unlike the plethora of other sources that we usually hear rumours from, Paczkowski is well known for his sources and his information has seldom turned out to be incorrect.

It was John Paczkowski who correctly predicted the iPhone 4S release date based on information from his sources. He also predicted the correct time frame for the announcement of iPad 2 back in March 2011. Seeing how such an influential source claims that iPad Mini launch event will take place less than two weeks from now, the existence of this device seems very likely now.

The iPad Mini is said to have a 7.85 inch display offering the same resolution that iPad 2 offers. It will have a dual-core processor coupled with at least 512MB of RAM. Front and back cameras will be present as well as support for 3G networks via nano SIM. The iPad Mini is expected to be priced at or above $249.