Pictures of iPad mini parts have been leaked couple of times during past weeks. Now that the iPhone 5 release is done and dusted with, the attention moves onto this new upcoming tablet from Apple that will go head to head with smaller Android tablets available in market. These new leaks from a Ukranian website shows what looks like another batch of pictures of iPad mini parts, more specifically the outer and inner housing. 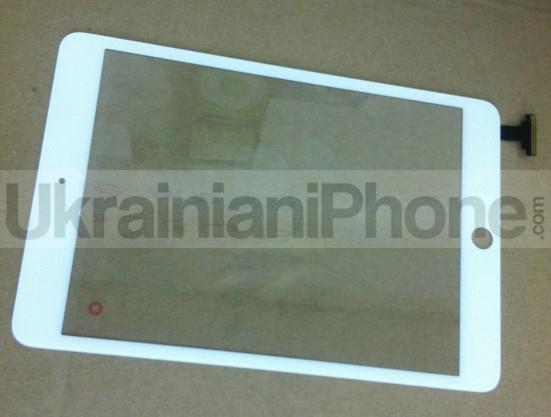 The picture above shows  purported front panel Apple's unreleased 7.85 iPad mini. Thinner bezels and the obvious 7-inch screen factor is clearly visible with a hole for the infamous Home button at the bottom. A front facing camera is also visible on the top of the screen which will be used for FaceTime. 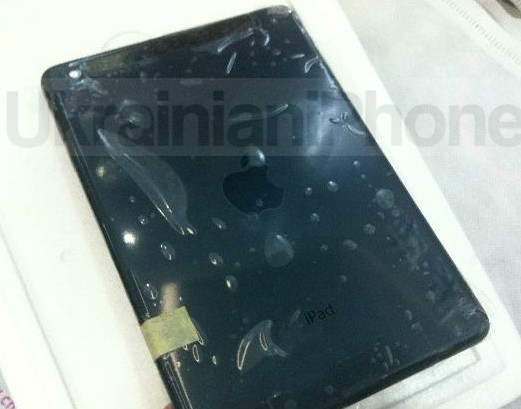 The rear panel, while covered in plastic, does look as if it's made out of plastic. Apple has generally preferred metal finishes on their top tier products but if the iPad mini has a plastic back then we can expect a very competitive price from Apple. Wide open space at the top houses cellular and WiFi antennas just like previous generations of the iPad. 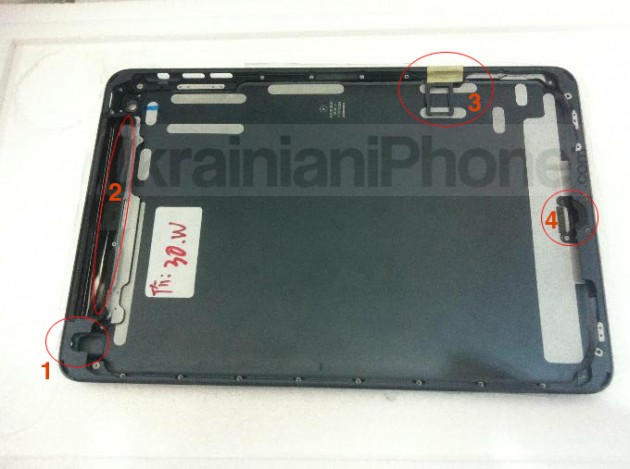 The inner housing shows what seems to be a nano SIM card tray. Apple has already moved to the new SIM standard in the iPhone 5 and it looks like the company is planning to implement it in their upcoming range of mobile products. The part labelled 4 shows off Apple's all new Lightning connector.

These leaked pictures, however, do not confirm anything about the hardware which will be shipped inside iPad mini. The details of the hardware that will come within still eludes us which includes screen resolution, SoC which Apple will use, RAM, processor and other details. The expected release date of the iPad mini is October 17th and if the iPhone 5 is any indication of what's to come then these pictures of iPad mini parts might well turn out to be the actual end product.