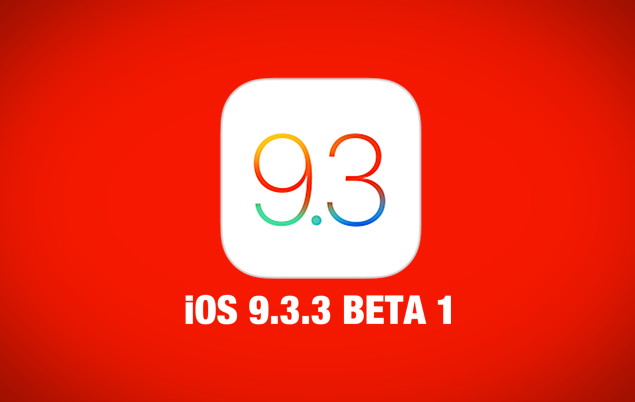 iOS 9.3.3 Beta 1 Is Proof Apple Is Constantly Working In The Background To Enhance Its Mobile Platform

Apple released iOS 9.3.2 with bug fixes just last week, and today, the company is taking things forward in the software world by releasing iOS 9.3.3 beta 1. The new piece of software, from the looks of it, is a mere bug fixing and performance boosting release, and users shouldn't expect new additions in the software front just yet.

The new iOS 9.3.3 beta 1 download is available directly from the Apple Developer Program website, which means that a $99 annual membership with the Cupertino giant is a must in order to get things rolling. And if you happen to have an Apple Developer Program membership under your belt, then simply head over to Cupertino's dev portal and download iOS 9.3.3 beta 1 from there. 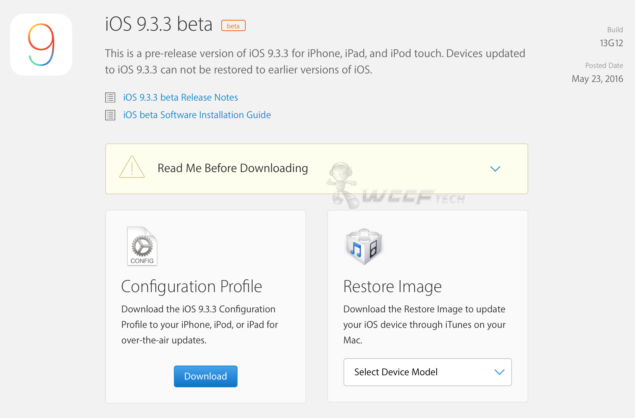 It should be kept in mind that you can only install iOS 9.3.3 beta 1 on your iPhone, iPad, iPod touch until or unless it's registered with Apple, otherwise things won't proceed forward. Furthermore, if you're looking forward to install iOS 9.3.3 beta 1 right away then we highly recommend that you do so on a device that does not serve the purpose of a daily driver with you. After all, this is the first beta of iOS 9.3.3, which is basically unfinished software, therefore things can go south without any notice, hence caution should be taken during installation and usage.

If you're a developer then we highly recommend that you install the latest beta onto a test device, making sure that your app or game works on Cupertino's latest mobile build. Lastly, it should be made clear at this point that iOS 9.3.3 beta 1 is not available for the 9.7-inch iPad Pro, suggesting that the 'Error 56' issue hasn't been resolved yet by Apple. But we're certain that a fix will arrive fairly soon from Apple, therefore users should sit tight until Cupertino mends things properly.

iOS 9.3.2 was pulled by Apple for 9.7-inch iPad Pro devices ever since news surfaced on the Web that the update bricks a certain set of tablets. And if you have a bricked tablet at hand, Apple suggests that you take your device immediately to Apple Support itself to get things right again. It should be made clear that you cannot use even DFU mode to fix things at home with iTunes.