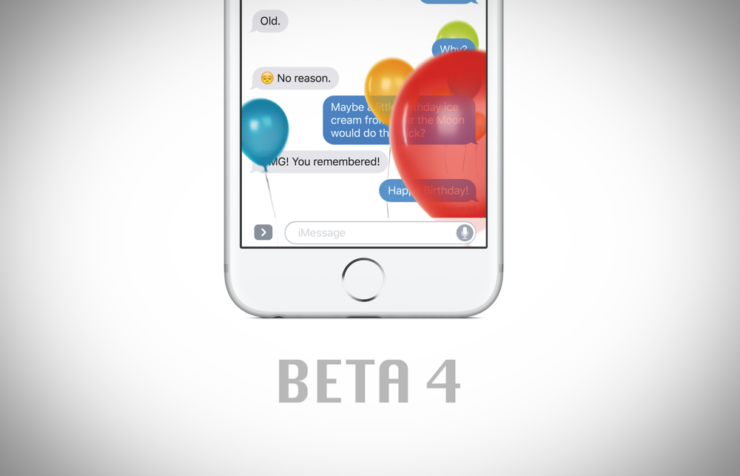 Yesterday marked the day for Apple's release of the fourth iOS 10 beta to developers. While the update mainly constituted of the obvious bug fixes and performance enhancements, there were a bevy of minor tweaks and additions as well. However, apart from the visuals, the real question is if the update made iOS 10 any faster than the current firmware that we're running - iOS 9.3.3? iOS 9.3.3 is Apple's last public release before the company officially rolls out the iOS 10 update to the public. So let's find out how does iOS 10 beta 4 speed test compares against iOS 9.3.3.

The speed test comparison has been conducted by iAppleBytes that compares iOS 10 beta 4 head to head with iOS 9.3.3. A pair of each compatible iPhone model have been selected, running both the beta 4 and iOS 9.3.3 side by side. This will ensure performance improvement on an individual and collective scale. For more details, you can check out the videos embedded below for iOS 10 beta 4 speed test comparison against iOS 9.3.3.

In terms of the iPhone 6s, there weren't any significant improvements in the performance department. Frankly, the same case has been witnessed in the previous iOS 10 beta. The boot up speed has bumped ever so slightly. However, when it comes to launching apps, multitasking or browsing the web, the improvements aren't ground shaking compared to iOS 9.3.3.

iOS 10 beta 4 shows similar results on the iPhone 6 when compared against iOS 9.3.3. However, instead of improving the boot up speed, it has reduced slightly. General performance, albeit, remains the same throughout the entire system. While the speed may not be a total bummer for now, since iOS 9.3.3 is already pretty quick, the futuristic approach might suggest otherwise.

The iPhone 5s shows faster boot up speed on iOS 9.3.3 compared to iOS 10 beta 4. Moreover iOS 9.3.3 is also faster in loading apps including the Camera app. However, the difference in performance between the two firmware is minor.

What took us aback was the fact that iPhone 5, which has older internals compared to iPhone 5s, booted up fast on iOS 10 beta 4. Moreover, the app launch time is also better on the iOS 10 beta 4 compared to iOS 9.3.3.

iOS 10 beta 4 brings a handful of minor tweaks such as faster folder opening speed. New emojis have been added as well, while many of the previous ones have been revamped. This is it for iOS 10 beta 4 speed test against iOS 9.3.3. Probably, the update was not centered towards improved performance in newer devices. Possibly, we'll adhere to greater improvements in the next beta release.

This is it for now, folks. Share your insights about the iOS 10 beta 4 speed test comparison against iOS 9.3.3 with us in the comments.