Apple has confirmed that it will be releasing a software update (iOS 9.3.1 presumably) to fix the dreaded Safari link crash issue on iOS 9.3. 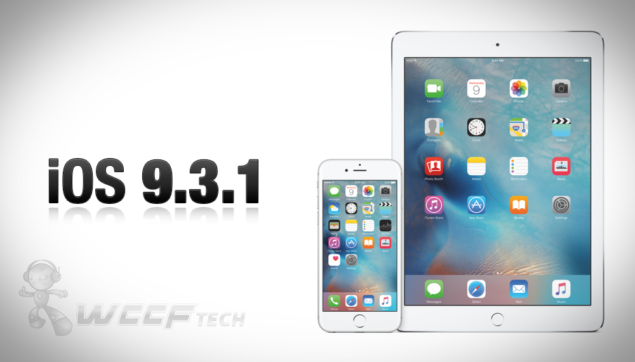 It was revealed a few days back that users were experiencing crashes on their iPhones, iPads, iPod touches whenever they tapped on a Safari link. Several fixes arose from a number of places which aimed to help users overcome this problem, but the issue still persisted for many. Now, Apple has acknowledged that the issue is indeed the real deal and has promised that it will release a software update in the future to fix everything once and for all.

“We are aware of this issue, and we will release a fix in a software update soon.”

It's highly likely that this software update will be iOS 9.3.1, and it's also quite likely that it will be released soon rather than later, hopefully within a couple of weeks. After all, this is a widespread issue for a lot of users around the globe, and it would be wise for Apple to act swiftly on the matter.

Coming back to the fixes, there are plenty of them out there, with most of them working either temporarily for some users, or not at all. Still, you can check them all out in the article linked below.

This isn't the first time Apple pushed out a slightly botched update out to the masses. The first instance of it happened when the Cupertino giant released iOS 8.0.1, which rendered countless iPhone 6 handsets absolutely useless by killing cellular capabilities and Touch ID. But thankfully, the company was swift enough to release a new software update to fix everything. And furthermore, it was just yesterday Apple released an updated version of iOS 9.3 which fixed the dreaded Activation Lock issue on older iOS devices. Keeping that in mind, we're certain that iOS 9.3.1 will come through soon for everyone.

Till that happens, we urge users not to do anything which is too daring for your device. And if you can't contain yourself still, then we recommend that you at least make a backup of everything on iTunes and iCloud, then proceed with your evil experiment to get things right again.

We will inform our readers whenever iOS 9.3.1 is released, so stay tuned to our coverage!