Apple released iOS 8.1 today introducing Apple Pay and fixing bugs reported in iOS 8 and following updates. This year Apple has taken some leaps to please its consumers as it both introduced larger smartphones and new features like third-party keyboard and widget support. Apple had been previously quite restrictive about these features, however, 2014 has brought in some big changes. Even after these introductions, it is unlikely if jailbreaking trend will see any downfall as there are still plenty of reasons for users to go for the pure freedom that jailbreaking offers. 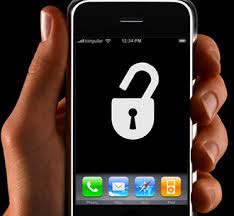 According to reports, an unknown team has achieved significant progress towards an iOS 8 / iOS 8.1 jailbreak. Notice that this is neither Pangu or evad3rs but a third group. Last time, Pangu made quite a scene with its flooding the jailbreaking industry with new possibilities while suffering from some allegations of previously renowned members of jailbreaking community. Regardless of internal ethics code, consumers loved having another group in the community which potentially increased the opportunities of getting JB solutions quicker. However, it seems like even Pangu has taken its time with iOS 8 / iOS 8.1 jailbreak and another team is getting some advances on the matter.

The final possible player is actually a complete unknown — meaning I have no idea who it is, or if the person or group is familiar to the community. But according to a source that I cannot name but has reputability in the community, there is a party, which is at least partially on the way to an iOS 8 jailbreak. According to my source, “this party has kernel code execution … and publishing an iOS 8 jb. It's hard to assess how likely it is that this unknown will produce a jailbreak, but I can say I trust my source and if there's at least kernel execution, then that's something.” - iDigitalTimes

With no positive news coming from the evad3rs of iH8sn0w, all eyes were looking forward to getting some solution from Pangu. Team Pangu found out that many exploits that they were relying on including the Date Trick were patched by Apple. Pangu is still working on it though. With a new addition, the hopes will get no doubt a little higher.