It was only publicly known last week that an SNES emulator could be installed on iPhone, iPad and iPod touch running the latest OS. It is an easy approach to installing iOS SNES emulators by rolling back the date to two months before and installing the emulator app. Until now, you could only enjoy the Super Nintendo games on iOS devices by jailbreaking your device. For people who aren't interested in the JB process kept away from the SN titles on iOS devices. However, turns out that the joy these SNES iOS emulators brought has to be a short lived one as Apple has fixed the "Date Trick" loophole in the upcoming iOS 8.1. 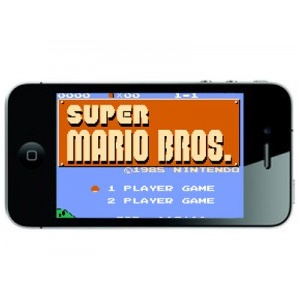 iOS 8.1 is expected to be seeded out for public on October 20th. Bank Innovation reported last week that the update will be quite big as it would bring support for Apple Pay and some other major features and bug fixes. Turns out these bug fixes will also include fixing the date trick that let users install SNES emulator on iOS 8 by rolling back the date.

The report comes through Pocket Gamers reporting that beta testers have discovered that Cupertino will be patching the loophole that facilitated the emulator installation on iOS 8. This would definitely hurt SiOS and GBA emulators among others as almost all of them use this date trick to install the emulators on iOS without jailbreaking. It is expected that the strong gaming community will find some other trick to have the fun back but it is certainly not going to happen very soon.

If you are too invested in the Super Nintendo titles or some others that require running emulators on iOS and aren't really in to jailbreaking, better not update to iOS 8.1 so fast. However, if you are also looking forward to using the Apple Pay coming in with iOS 8.1, you would have to choose between the two worlds.