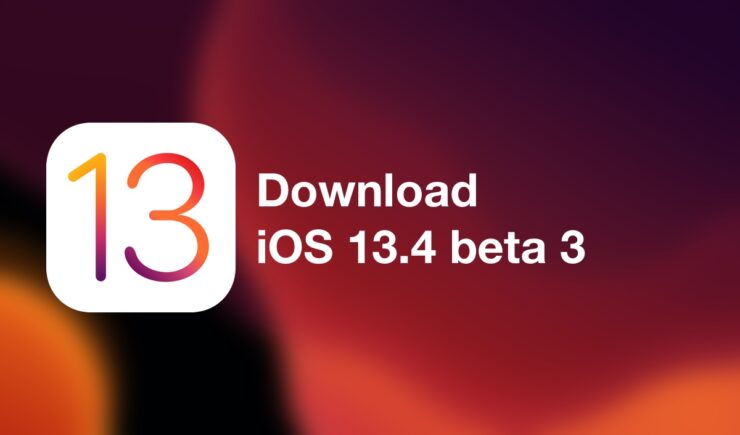 Given how many features iOS 13.4 and iPadOS 13.4 pack under the hood, we wouldn't be surprised if the update is meant to be released some time in March alongside new hardware. But for now, we have to work with betas, with iOS 13.4 beta 3 and iPadOS 13.4 beta 3 being available for registered developers right now. But wait, even if you are not a developer, you can still download the latest update immediately. We will talk about the latter in just a second.

If you already have the previous beta installed on your iPhone or iPad then grabbing the new one is a simple case of going to Settings > General > Software Update. Wait for a few seconds and the new update will show up for download. Just tap on Download and Install.

There are two ways you can download iOS 13.4 beta 3 or iPadOS 13.4 beta 3 without a developer account. You can take the official route, by signing up for the public beta, whose updates are pushed after they have been seeded to developers. Just sign up to beta.apple.com and you are good to go.

Secondly, you can download the iOS configuration profile from here directly onto your device, which is meant for registered developers. This means that whenever a new update comes out, you will receive it over the air immediately.

It is highly recommended that you install the new update on hardware that is not your daily driver so that you do not run into any sort of trouble on a daily basis. Beta software can be very, very shoddy at times and it can throw you against a wall in terms of compatibility and battery life. But if you are willing to accept all that then more power to you.

We will keep an eye on the new features and changes this update brings to the table. If they are significant then we will highlight them. For now, it's recommended that you install the new update as it also fixes quite a lot of bugs and performance related issues.