iOS 10 and OS X 10.12 will get some serious updates when released, with the Photos app bound to feature a bunch of enhancements. 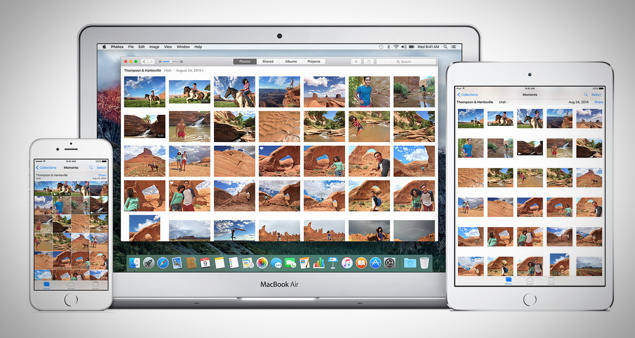 The iOS and OS X Photos app has proved to be a major milestone in the right direction, allowing users to give their snaps a permanent home while also bringing to the table necessary editing tools to get things done. But if you compare the Photos app to, say, a third-party offering, then you'll come to realize that Apple's experience is somewhat crippled in a lot of regards, and it could do with a little work to enhance things.

Luckily for us though, it seems all of that mundane experience could eventually change with the release of iOS 10 and OS X 10.12 this year, with a new report from Mac Otakara suggesting that the Photos app will grace a bunch of new features from Apple's now-discontinued iPhoto app for both iOS and OS X.

Compared to iPhoto, the Photos app is quite powerful in its own regard. But on mobile, iPhoto was an extremely powerful little offering that had a ton of features under the hood, allowing users to enhance their photos in a bunch of great ways. And if those features are anything to go by, then it seems Photos app in iOS 10 and OS X 10.12 is bound to get some serious upgrades.

Keep in mind that it's unknown at this point in time exactly what type of upgrades iOS 10 and OS X 10.12 Photos app will gain. And it's also worth noting that users shouldn't expect Aperture like upgrades either. After all, the Cupertino doesn't want to start putting nails in its pro software in favor of something free.

Details regarding features of iOS 10 are unknown at this point in time, but a recent report suggested that OS X 10.12 on the other hand will finally bring Siri to the masses when released. While it remains to be seen how useful Cupertino's personal assistant will be on a desktop level, it's the overall enhancements that we are most interested in, such as what features Apple will bring to the table on top of what's already there in El Capitan.

We're sure more details regarding iOS 10 and OS X 10.12 will pop up as we move towards WWDC 2016. Till then, we'll make do with the leaks and other bits of information.