Courtesy of a Chinese forum member bigpao007, we have gotten hold of more leaked slides focusing on how advanced and diverse the architecture of Intel's Haswell is making it turn out to be more of a show stopper.

The desktop platform will supposedly along with mainstream DDR4 support will also accommodate DDR3 across a variety of motherboards in the coming months. As far as we know, Haswell-EP is the only one that  supports interconnect between two CPUs right now but that number will go to up to four with the induction of Haswell-EX. 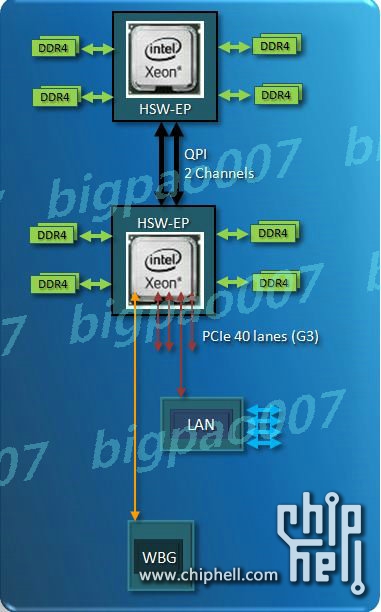 Other than that the Haswell chips being based on the 22nm fabrication will accommodate up to 10 cores on a single die. More of, Intel will be cancelling out the titles of L1, L2 and L3 Cache and replacing them with a unified cache now known as the LLC or Last Level Cache.

The current C600 chipset supports SNB-EP processors and Haswell-EP will work with C610, but then again there is the question of the Haswell-EP’s backward compatibility with the C600 chipset itself?

We'll keep you updated as we get more on this.