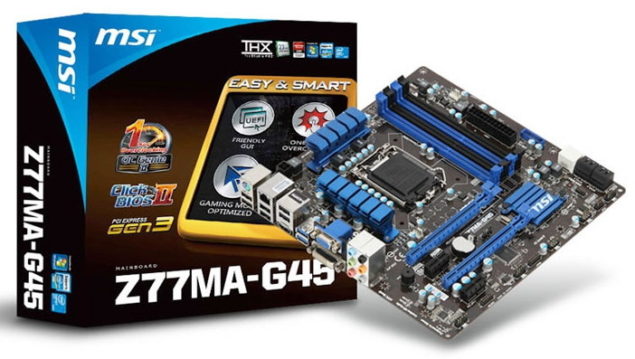 The new motherboards come with the Intel Z77, H77 and the B75 chipsets that support Intel’s 2nd generation as well as upcoming 3rd generation Intel processors.

The new 7 series Intel chipset powered motherboards come with overclocking features that match with OC Genie II. In terms of performance not only OC Genie II enhances CPU but also memory and hard-drive speed but now, in combination with Lucid Virtu MVP and a discrete DirectX 11 Graphics Card, the performance can be scaled higher! MSI boards are well known for its power saving hardware features such as Active Phase Switching (APS) and DrMOS II.

These boards are more of designed for Intel Ivy Bridge CPUs so it’s just some time left till they launch and users will get to unlock these board’s true potential.