Intel's LGA 1155 motherboards have been revealed at this year's Computex in Taiwan, And with so many vendors showing up the new boards it was obvious that the processors of these boards will be revealed or let loose soon. Guess what it did and in the skillful hands of Coolaler it was tested through some of the most popular CPU benchmarks. 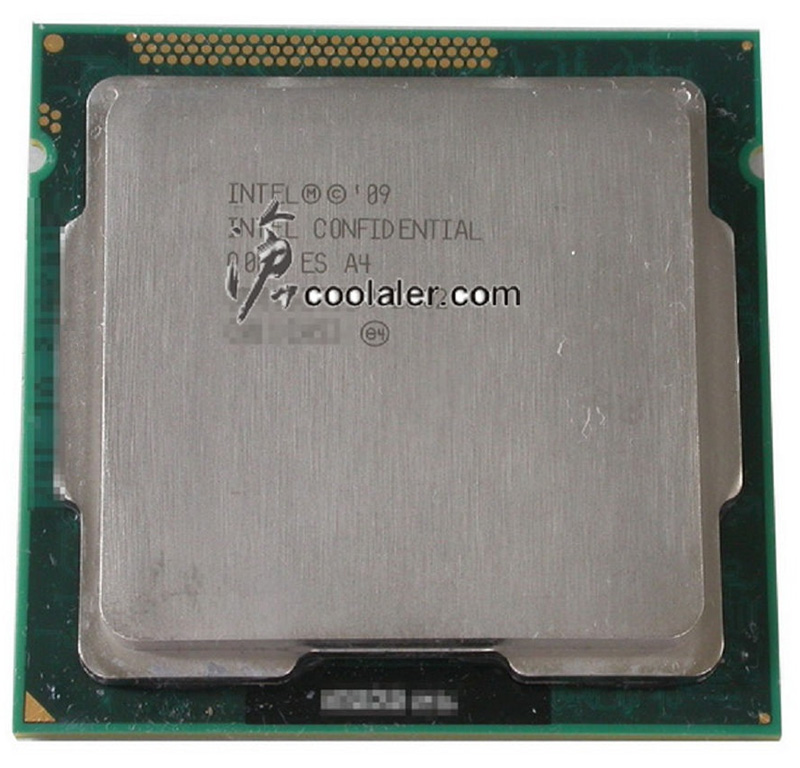 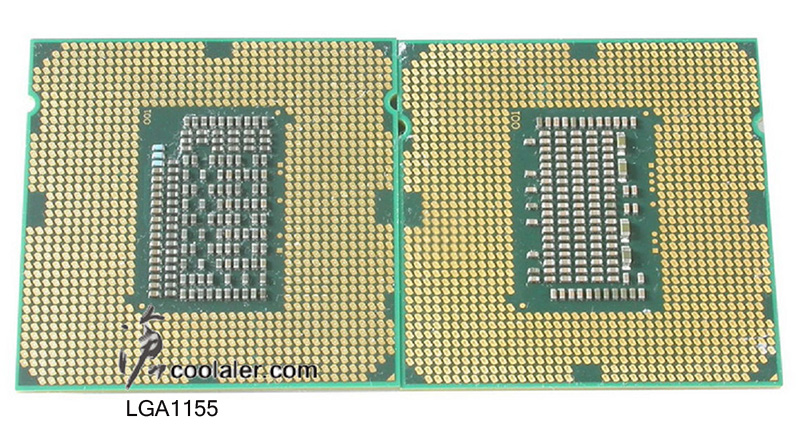 The Processor which had no name shown in CPU-z but revelaed that its based on the Sandy Bridge architecture is a Quad Core processor operating at 2.5Ghz. The CPU has a base clock speed of 100mhz which means that it uses a multiplier value of 25 to achieve the 2.5Ghz clock. The processor features VX (Advanced Vector Extensions), a successor to SSE 4.2 along with all the instruction sets of Westmere including SSE 4.2 and AES acceleration. The CPU has its cache as (32 KB L1I, 32 KB L1D, 256 KB /core L2) while the L3 cache is 6mb which is 2mb smaller than Lynnfield processors. The CPU also give upto 8 Logical processors in the OS with the use of Hyper Threading Technology. 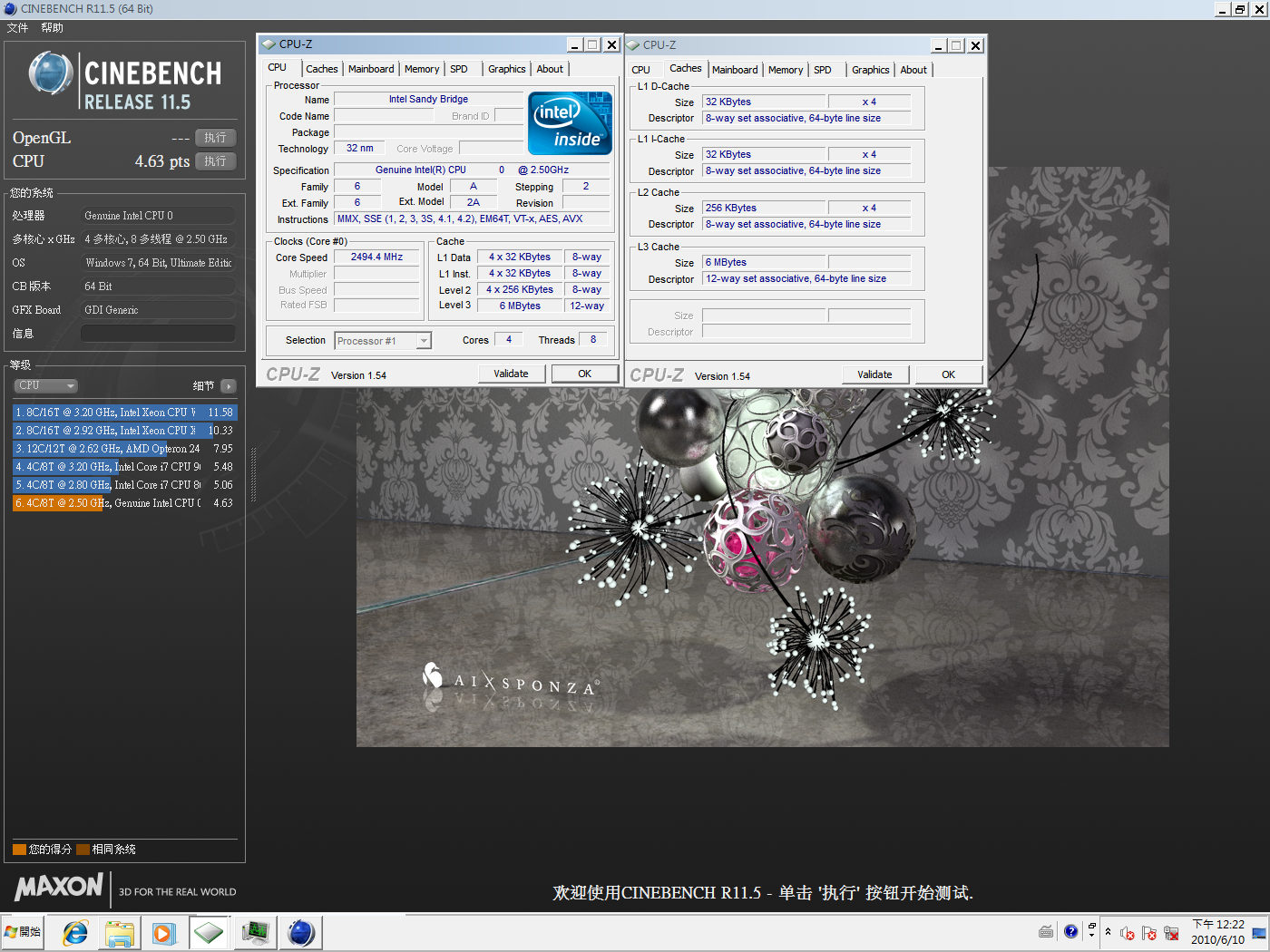 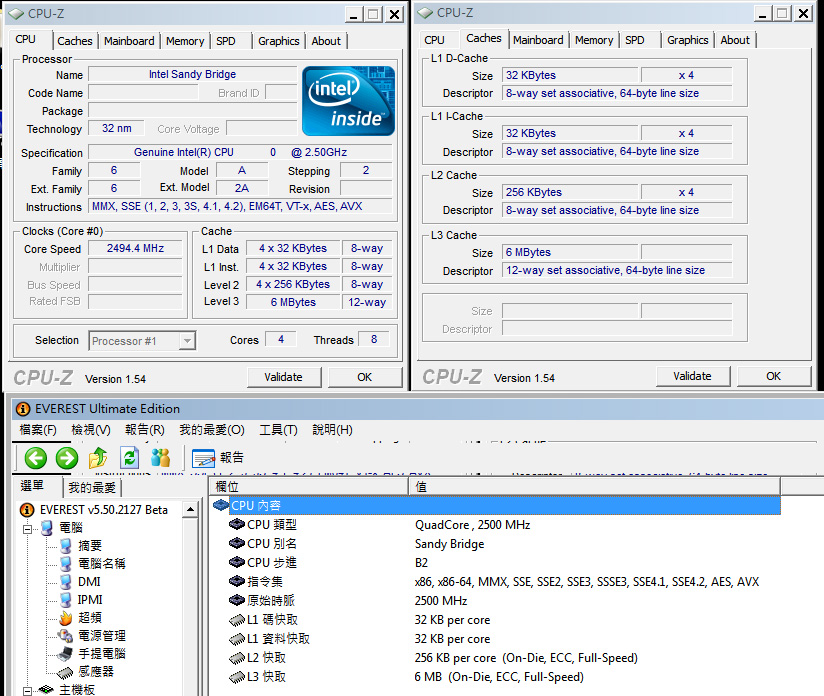 The setup the CPU was tested used 4GB DDR3 Ram And an ATI HD 5800 Series graphics card. The processor completed the Super PI setup 1M benchmark in 16.349 seconds and also scored 371 points in CPU mark. In the multi-threaded Cinebench R11.5 benchmark, it scored a bit lower than the Core i7 860, While in the Everest CPU Queen, it's about as fast a Core i5 750 but in the Photoworxx test, it speeds past the Core i7 965 XE. 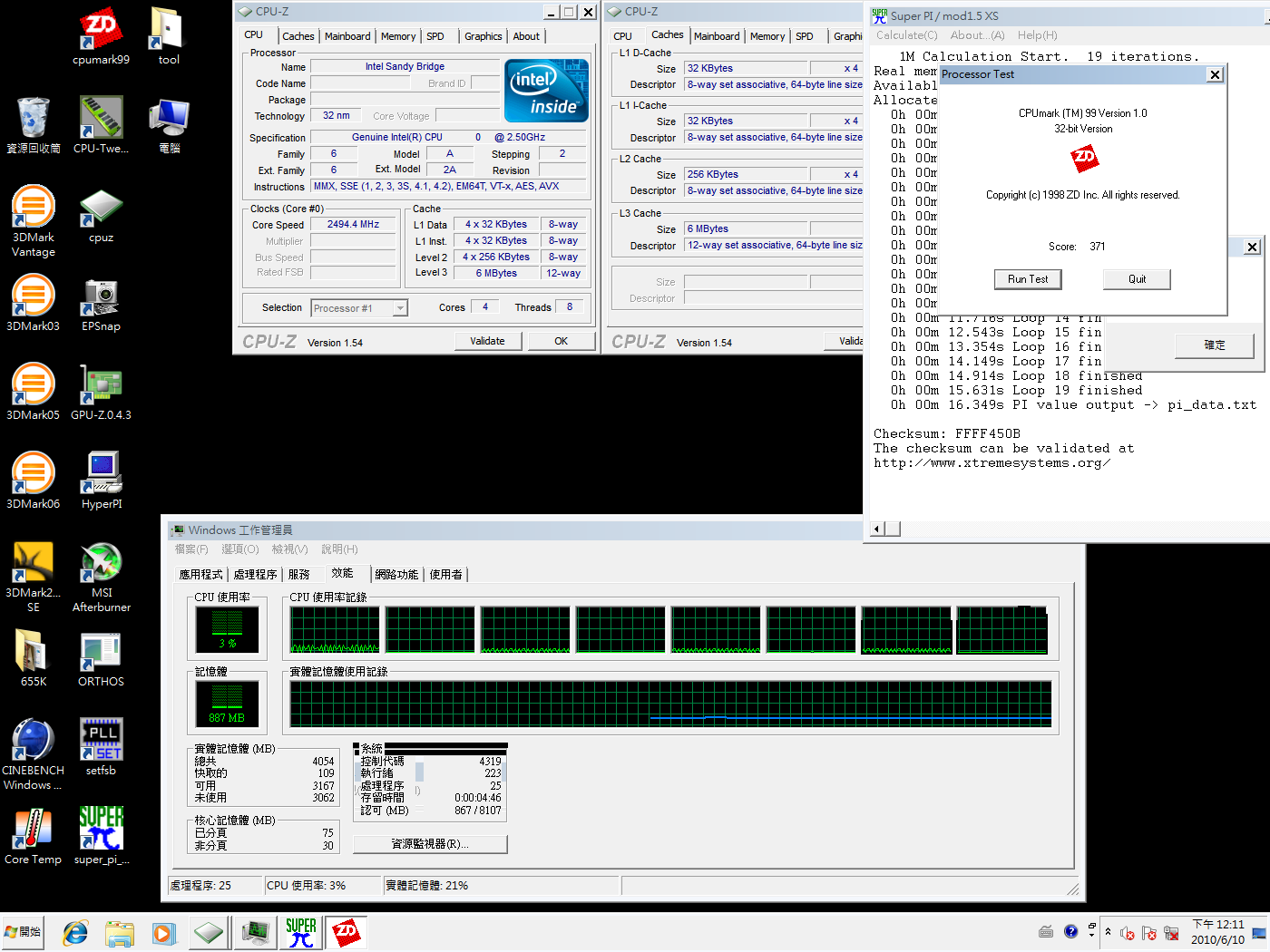 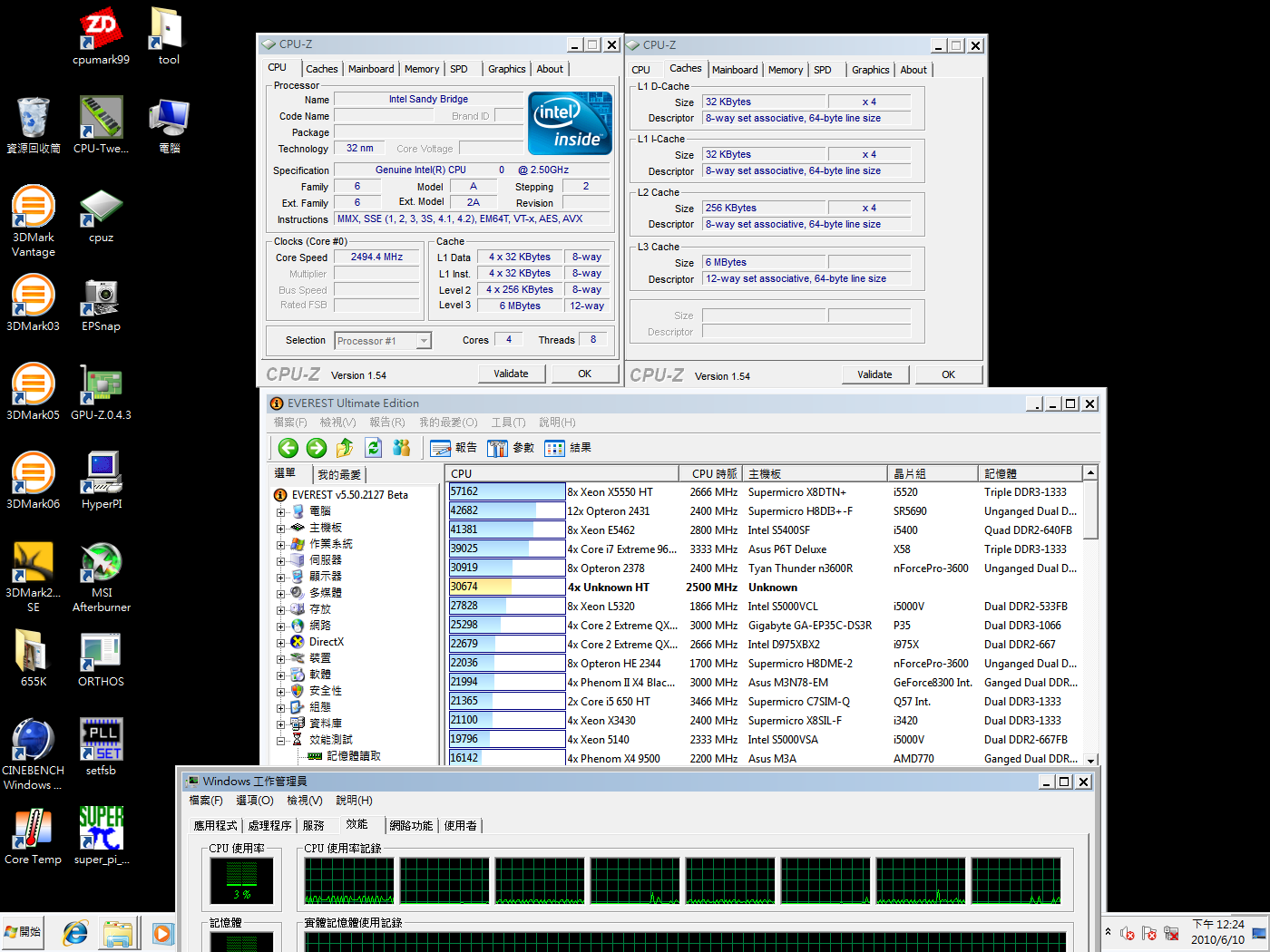 The results seem a bit impressive but not that much. The real stuff will be those Sandy Bridge chip with integrated IGP within the CPU which will have 6-cores and will pack a punch. As the motherboards are revealed so soon maybe the processors are not that far from being revealed to the masses.