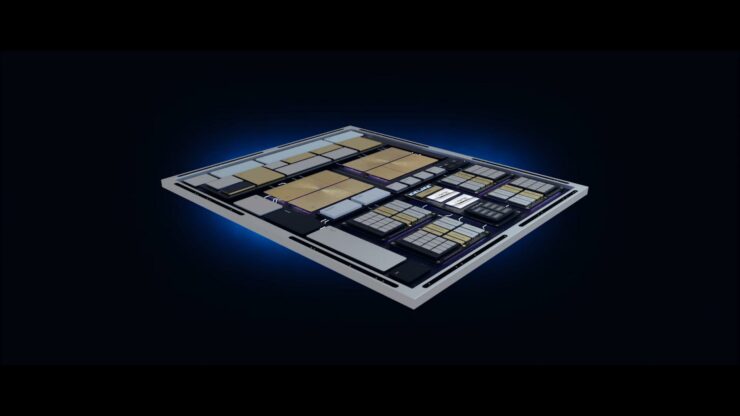 Intel has been slowly but surely working on its homegrown GPU initiative and one of the first fruits of its labor, the Gen 11 graphics, are almost ready for prime time. Featuring 1.12 TFLOPs of power, the Gen 11 GPU featured in Ice Lake processors will be the first iGPU you can truly call 'decent' and will go up against NVIDIA's MX lineup of power efficient mobility dGPUs.

The Gen 11 graphics are going to feature 64 EUs clocked at 1.1 GHz and the rated compute horsepower is 1.12 TFLOPs. From this we can deduce that a single EU is roughly equivalent to eight standard GPU cores for a rough equivalence of 512 GPU cores (512 * 2 * 1100 MHz = 1.126 TFLOPs). The GPU features an FP16 (or half-precision) compute of 2.25 TFLOPs - which should be great news for AI applications. 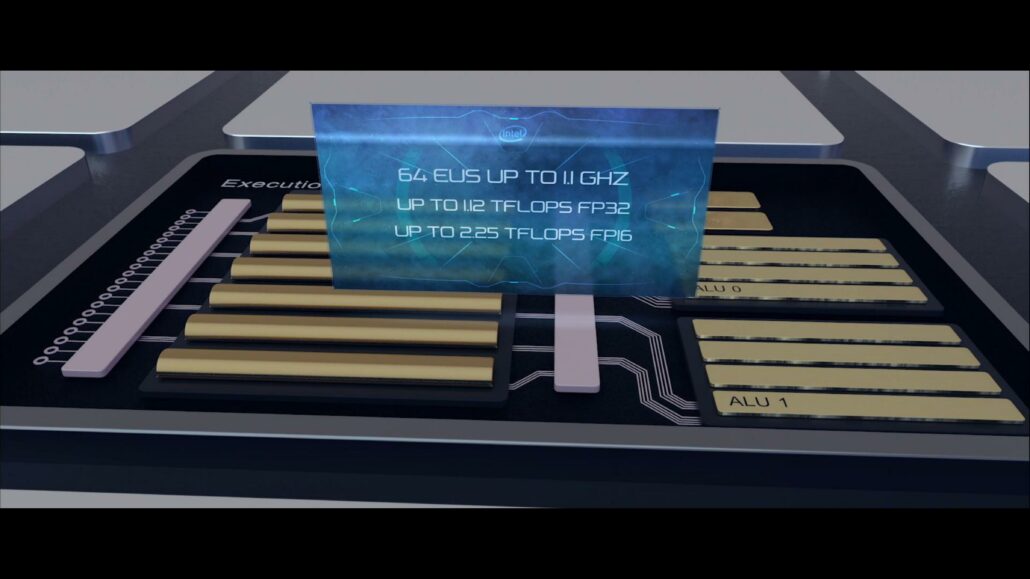 To put this into perspective, the Xbox One has a graphics horsepower of roughly 1.3 TFLOPs. Right now, decent power-efficient graphics consist of the MX 110, MX 130 and MX 150 GPUs, all of which are provided by NVIDIA and are dedicated GPUs. These dominate the notebook and ultrabook markets right now. The MX110, 130 and 150 have a peak compute of 0.51, 0.95 and 1.17 TFLOPs respectively. In other words, Ice Lake's Gen 11 GPU is going to put every single one of them out of business (the 0.05 TFLOPs lead of the MX 150 is meaningless in the face of the added complexity of a dedicated GPU and is simply not worth the small increase).

The rasterizer has been enhanced and features 16 pixels per clock. It is capable of processing 32 bilinear filtered texels per clock and has 3MB of dedicated L3 cache with 0.5 MB of shared local memory per raster. Overall, the architecture has been optimized and is much wider while the need for power efficiency has not been compromised. Ice Lake's Gen 11 graphics will also be the first Intel graphics to support the open VESA Adaptive Sync standard.

This is great news because (relatively) low powered GPUs can benefit greatly from adaptive sync as it minimizes and smooths out the jarring effects of a low frame rate. All of these improvements add up to a performance improvement that is almost 1.8x times the last generation. Intel is planning to call its Gen 11 graphics Iris Plus.

The company also threw in some 1080p benchmarks for the casual gamers out there and like we expect, it can handle low-medium settings at 1080p just fine. If you are okay with 1080p 30 then you can get away with medium settings and if you want 1080p 60, you can drop the settings all the way to low.

Apart from this, some new standards have been added to the architecture including hardware-level support for HEVC decoding all the way up to 8K Ultra HD and 10-bit color. This means HDR 10 and Dolby Vision are fully supported and ongoing support for VP9 is retained. Last but not least, we have the newly updated Intel Graphics control panel which improves the overall user experience of Intel's graphics side.

LG Gram 17 Thin And Light Review – Almost Perfect, But Not For Gamers