The Intel CPU Roadmap for 2013-2014 has been leaked which reveals the launch schedules for Intel's Desktop, Mobile, Server/Workstation and Embedded processors. Along with the launch schedules, it also provides detailed information on upcoming SKUs by Intel upto 2014. (via CPU-World) 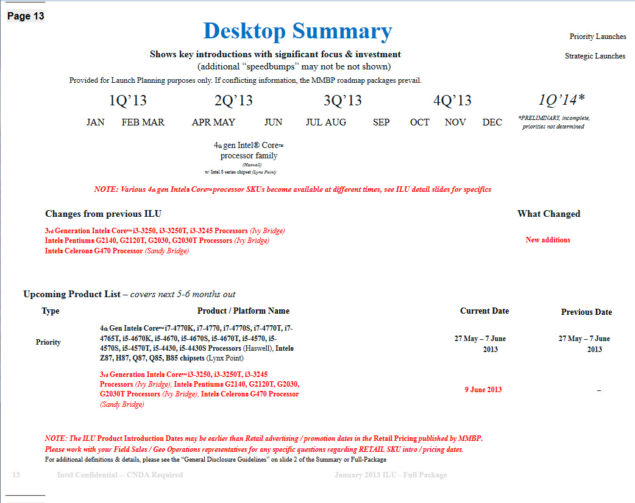 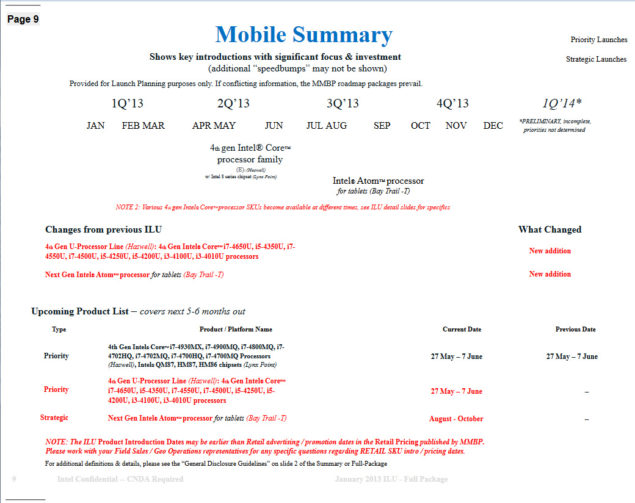 Intel would also update their embedded solutions with Bay Trail-T SOCs which are based on the latest 22nm architecture and feature quad core designs and a Gen7 graphics chip. Its launch schedule is pitted for a September 2013 release. 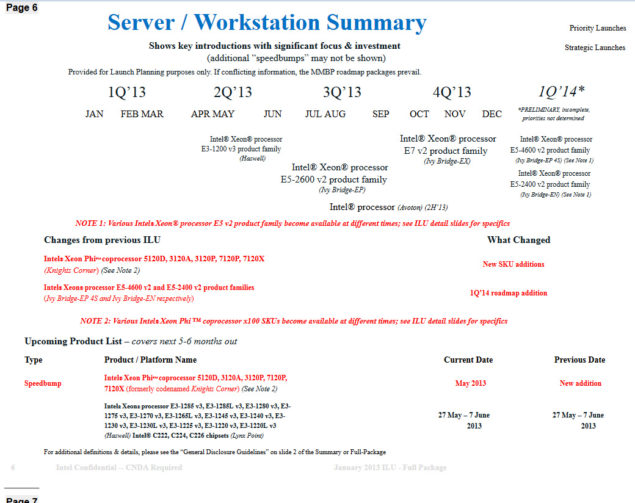 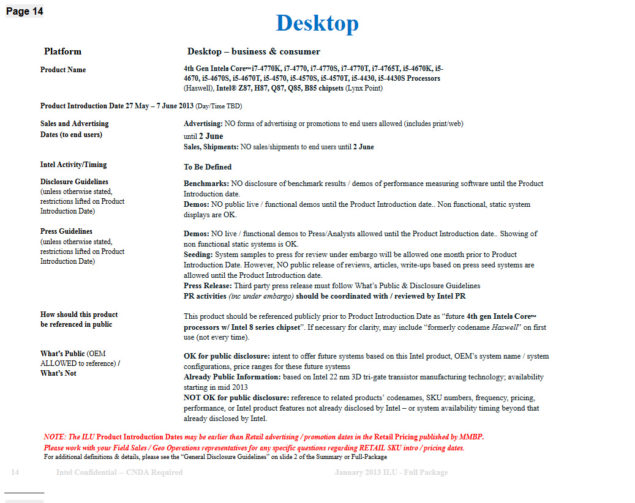