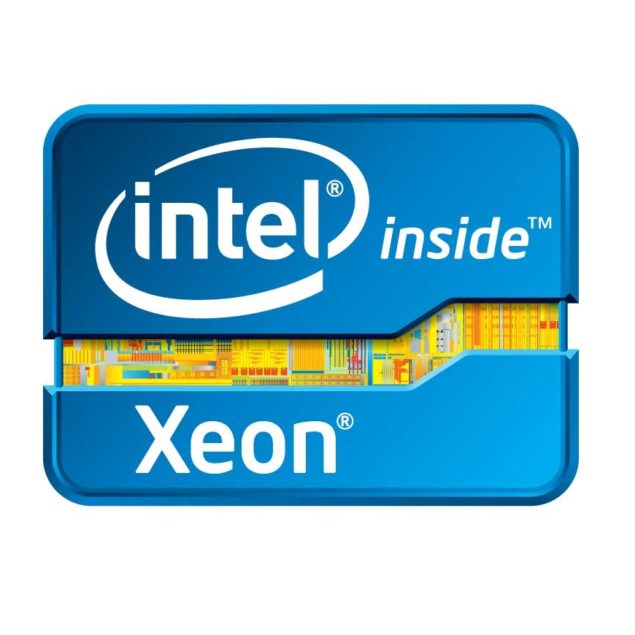 Computerbase has leaked another Intel Roadmap which shows that Intel's upcoming Ivy Bridge-EP Processors (Xeon E5-2600 V2) would launch in Q3 2013. Intel's High End Destkop platform codenamed Ivy Bridge-E is also planned to show up within the same quarter and would debut with the launch of Core i7 4900 series Extreme Processors.

The upcoming Xeon E5-2600 V2 Ivy Bridge-EP Processors would make use of the 22nm Tri-gate fabrication process over the 32nm design in Sandy Bridge-EP. This would allow the company to harness more power from the chip while keeping power consumption at a minimum.

The Ivy Bridge-EP CPUs would spoty 30MB of Cache, DDR3 memory with speeds of 1866Mhz and the top end 12 Core 4S CPUs would feature TDP of 115-130W. The 10 core models would feature TDP of 70W. The processors would remain compatible with the current LGA 2011 socket motherboards featuring the C600 chipset. You can check out more details on the Ivy Bridge-EP/EN platforms here. 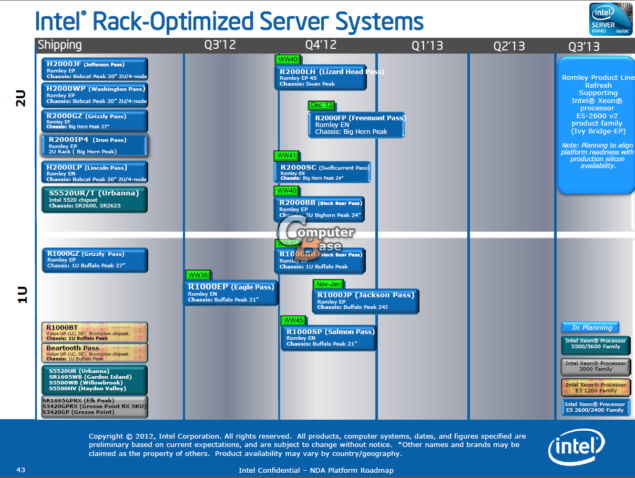