All our reports in the past point to the fact that Intel is getting ready to reveal the Atom Bay Trail-T  at the IDF (Intel Developer Forum) this month. The exact date is thought to be September 11. Intel Atom Bay Trail-T is designed to target tablets. There is also speculation that we will receiver further information about Bay Trail-M and Bay Trail-D. 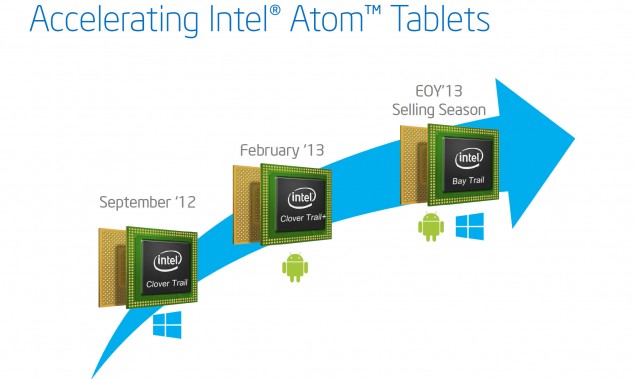 Intel Bay Trail-T to be Revealed on Sep 11, Will be Optimized for Gaming

The Intel Bay Trail-T will consist mostly of the Z3000 series. Full details of the Bay Trail-T aka Z3000 lineup here. However the more interesting update we got was the fact that Bay Trail-T will be optimized for Gaming. Thats right, Intel Atom Bay Trail-T will have 450% better 3D Gaming capabilities then the previous generation (Clover Trail). And i don't need to tell you how high a difference that is.

Intel told us before that the Atom Bay Trail-T would be revealed somewhere between 28 August to 13 September. The IDF in Sans Fransisco will be the perfect place to do it. While the reveal of the Bay Trail-T is almost confirmed there are reports of Information about Bay Trail-D and Bay Trail-M. 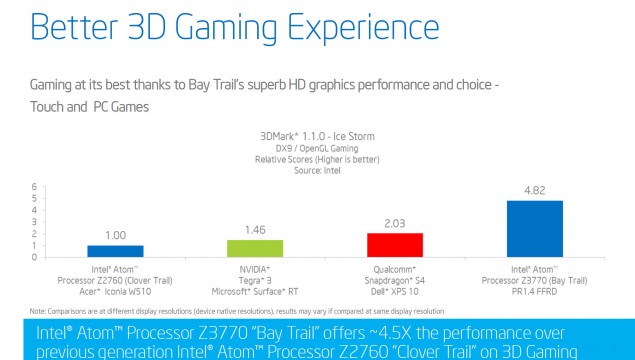 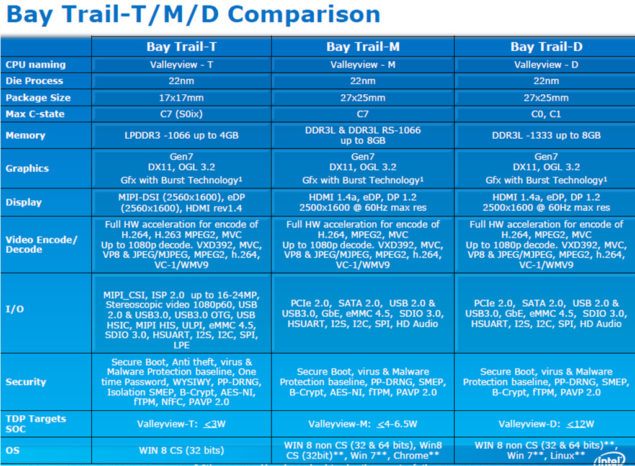