The Intel Core i9-10900KF features 10 cores and 20 threads and just like the Core i9-10900K, it will feature a base clock of 3.70 GHz and a boost clock of 5.1 GHz. However, using Intel's Turbo Boost Max 3.0 technology, the chip can boost up to 5.2 GHz on a single-core and what's even better is the 4.9 GHz all-core boost. The CPU also carries 16 MB of L3 cache & 4 MB of L2 cache, rounding up for a total of 20 MB of cache available on the die. The package TDP at PL1 (base clock) is rated at 125W but the PL2 or boost state where the chip would be averaging around is the proper variable to use for comparing power consumption numbers of this chip which is reportedly going to break 300W barrier.

Following is the test breakdown of all chips that were used for testing:

As stated above, the memory configurations are vastly different on each platform and fitted with the proper memory as Intel CPUs tend to support much higher frequency ram, we can see the 10 core, Intel Core i9-10900K/KF chips match or even dethrone the 12 core AMD Ryzen 9 3900X from the $400-$500 US segment, that is if this is the price segment Intel would be placing its 10 core chip at. 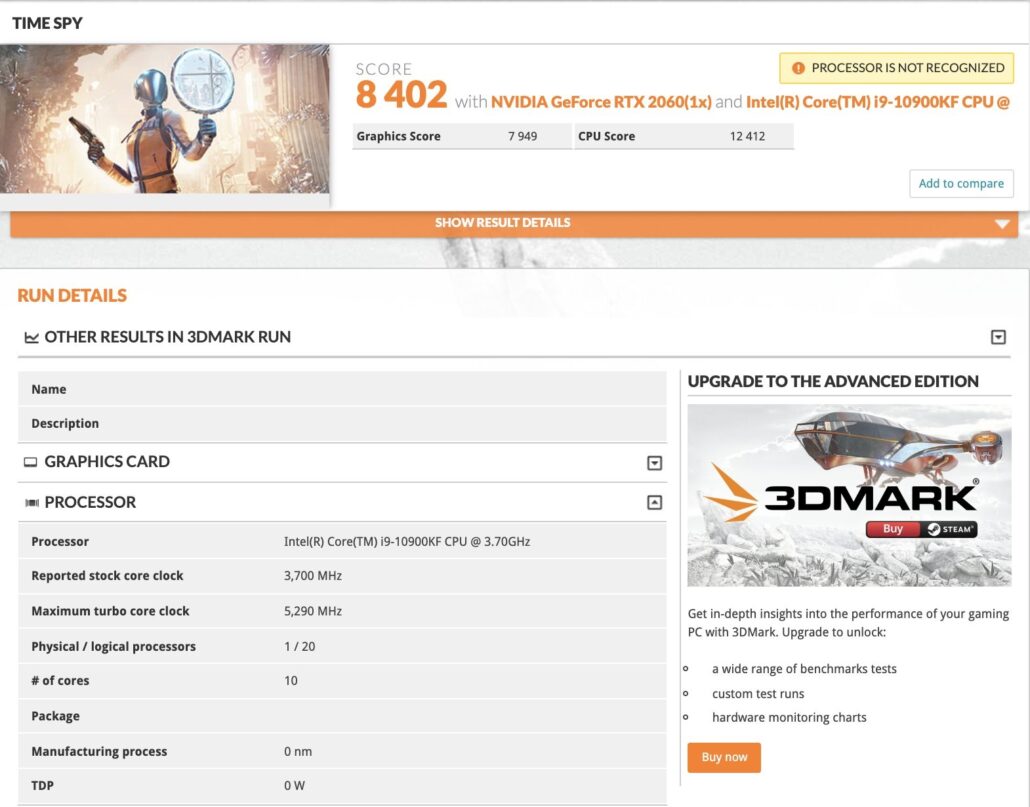 With all of that said, the power consumption and thermal figures will be much higher on Intel's 14nm part whereas AMD's 7nm architecture is much ahead in terms of thermals and power efficiency right now. Industry insiders and motherboard vendors themselves have stated that the Z490 boards are designed specifically for the higher power input of the Comet Lake-S lineup and they have noticed the chips breaking past the 300W barrier.

This is even more apparent in the latest listings for the 10th Generation T-series CPUs in the SiSoftware Sandra benchmark database. The T-series CPUs are TDP optimized, 35W part but benchmarks show that even these 35W figures are taken at the base frequencies with actual power consumption ending up over 100 Watts and closer to the 150W wall. Just for comparison's sake, the following is what the power figures on various 10th Generation Intel desktop CPUs look like as per the SiSoftware benchmark database (via TUM_APISAK):

The list above shows that most of the T-series parts are ending up with power consumption more than twice as their rated TDPs while the 65W (Non-K) parts end up close to the 2x figure. One thing to note here is that the 123.0W seems to be the limit for the non-K and T-series chips so that's why they are showing a similar number. The only exception being the 10500T, which has a 92 Watt power consumption at maximum load. The unlocked part will start at 125W with its base clock and go beyond that when running at higher boost speeds beyond 5.0 GHz, which if sustainable under a longer period of time with better cooling or overclocking, would result in a heavy sum in the power bill.

Pricing would play a major role in deciding the fate of the 10th Generation Comet Lake-S CPU family. With Zen 3 expected later this year and AMD eating up market share in all segments, Intel really needs to rethink their CPU strategy and we hope that they can hit their process roadmap goals on time if they really want to hit AMD back. Intel's 10th Gen Comet Lake-S desktop family and the respective Z490 motherboards are slated for launch in April 2020. It's not just that Intel 14nm is old but by the time Intel manages to just match the Zen 2 CPUs, AMD would be talking about the release of its next Generation parts and with no strong desktop roadmap ahead aside from some rumors of Rocket Lake & Alder Lake being 14nm/10nm backports of next-gen architectures with weird design configurations, Intel's desktop momentum seems to be taking the biggest hit from AMD's Ryzen.

The new 10th Generation processor lineup is rumored to bring significantly lower price points at each CPU segment than the ones we have been getting so far from Intel. This is once again a much-needed push to reclaim some sort of relevance in the mainstream desktop segment where AMD's Ryzen has disrupted the market share and the mind share-alike.

Which option would you prefer if you're going to upgrade/build a PC in the coming months?
Share Tweet Submit