Yesterday, ASUS announced their latest X299 refresh motherboards which are designed for the next-generation Intel Core i9-10000 X-series processors. The Intel Core i9-10000 series line is the successor to the Core i9-9000 series HEDT processors built for the LGA 2066 socket. The CPUs were already announced to get refreshed later this year and ASUS has pretty much confirmed this in their new product pages for the X299 refresh motherboards.

During Gamescom 2019, ASUS announced their refreshed X299 motherboards for Intel's Core-X processors. These motherboards include the newly designed ROG Rampage VI Extreme Encore, ROG STRIX X299-E Gaming II and the Prime X299-A-II. ASUS already offered some pretty high-end designs such as their PRIME X299 Edition 30 and the ROG Rampage VI Extreme Omega. However, ASUS has managed to fit even more features in their refreshed lineup.

Before we get into details of each specific motherboard, the ASUS specifications page for their new X299 lineup specifically mentioned that they will support Intel's Core i9-10000 X-Series processors. The new Core-X lineup is based on the Cascade Lake-X design and will feature processors with up to 18 cores and 36 threads. The same page also mentioned up to 48 PCIe Gen 3 lanes which are an upgrade from the current 44 PCIe Gen 3 lane design.

Two main highlights of the new ASUS X299 motherboards include up to 256 GB memory support, twice as much compared to current X299 motherboards and more PCIe lanes allowing for multi-GPU functionality and faster NVMe support. 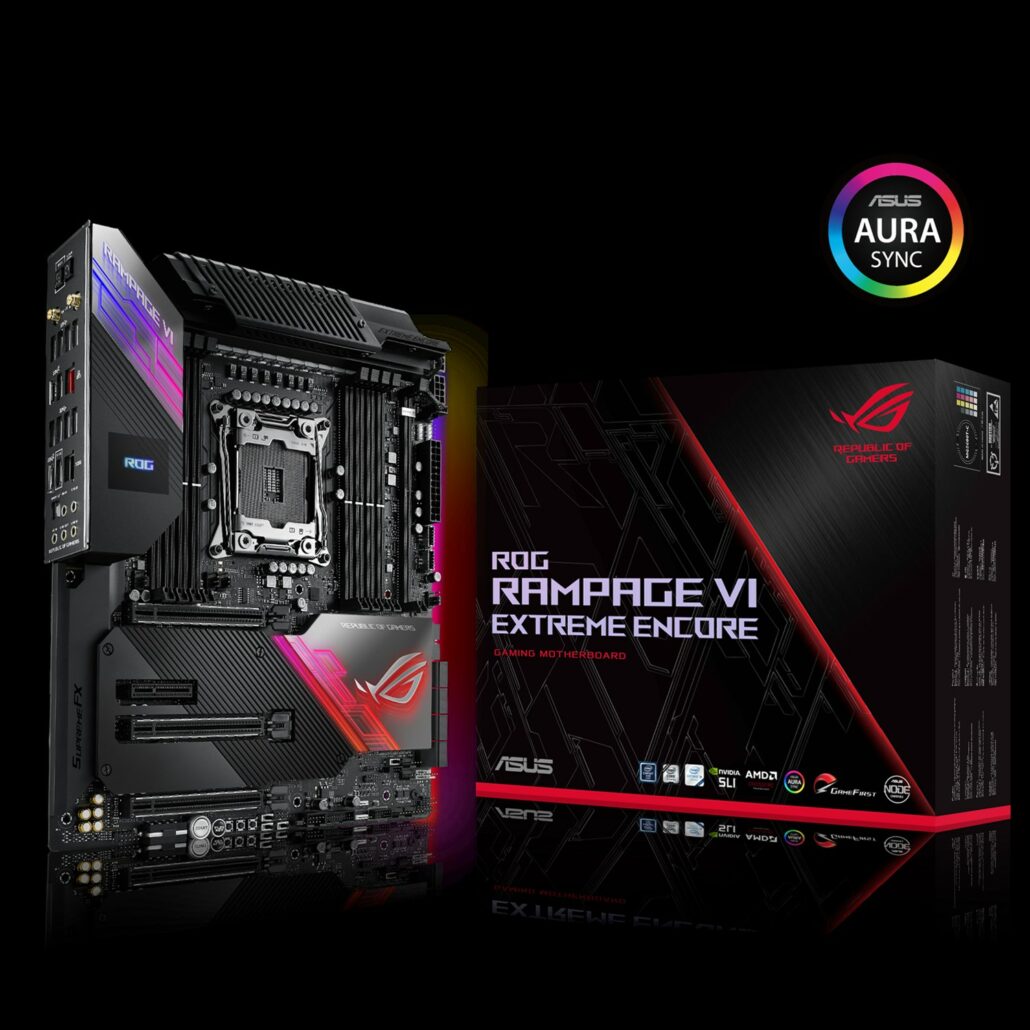 Looking at the ROG Rampage VI Extreme Encore, we can spot some key differences such as an upgraded power delivery system that is now made up of 16 Infineon Digital VRMs and is supplied power through dual 8-pin and a single 6 pin connector.

The entire motherboard is fitted with +5 Armor heatsink design with five layers of cooling heat sinks to keep the power delivery running cool and stable. Other changes include the refined RGB system that uses an Infinity Lightning design with holographic accents, a 1.77" OLED (LiveDash) display. There are also more SATA connectors since the U.2 port is not featured and there are a ton of tuning switches and buttons on this E-ATX motherboard. ASUS has also added outclass I/O on this motherboard which includes 10G, 1G and Wi-Fi 6 options. The ASUS ROG Rampage VI Extreme Encore is said to cost around $650 US which makes it one of the most expensive X299 boards. 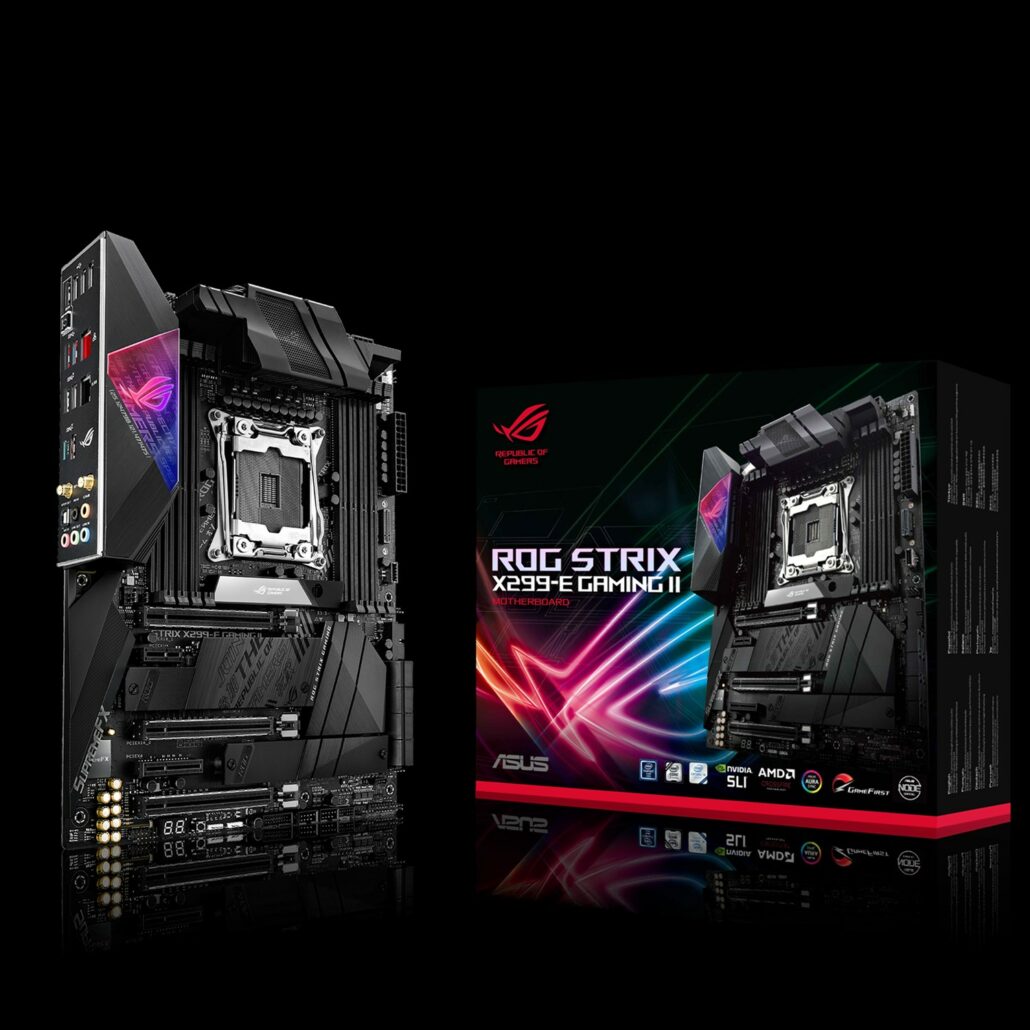 The ASUS ROG STRIX X299-E Gaming II also gets a 12 phase power delivery which uses a two-piece design and a large heat pipe running through both blocks. The motherboard comes with active fan-based cooling but unlike the Encore which houses 2 active fans, the STRIX X299-E Gaming II has a single fan. Power is provided through dual 8-pin connectors and there's a 1.3" OLED (LiveDash) display to provide you with a range of info specific to the CPU such as temps, clocks, frequency. 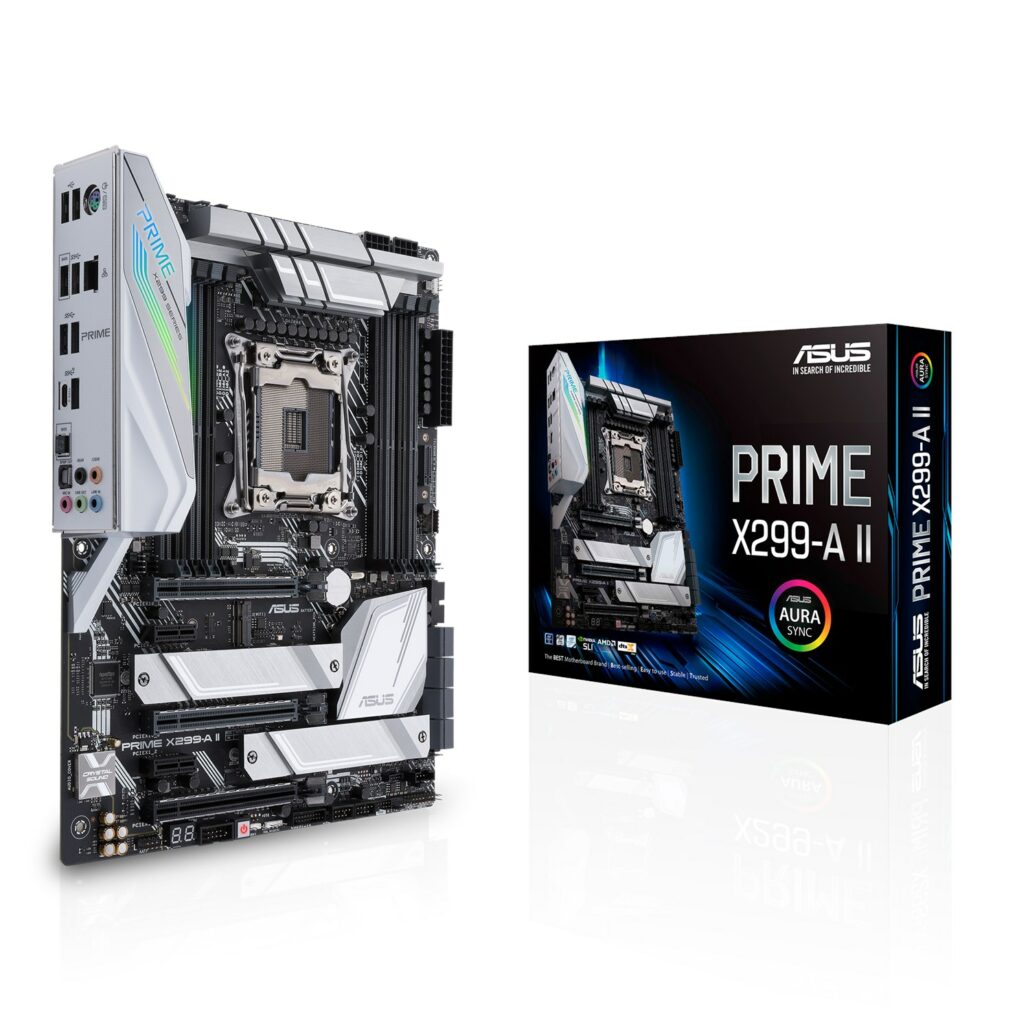 Finally, there's the ASUS PRIME X299-A II which is also fitted with a 12 Phase Digital VRM that is powered by dual 8-pin connectors. The motherboard carries the solid silver and white PRIME design that we have seen over the generations. Solid heatsinks cover the VRMs, the PCH and the M.2 slots while looking great.

ASUS hasn't yet announced the final pricing or launch dates for these motherboards but we have already seen multiple entries of Intel's Cascade Lake-X (Core-X) processors which means that they will be launching soon. We will keep you posted as soon as we have more information on the new LGA 2066 socketed Core-X (Core i9-10000) series, processors.