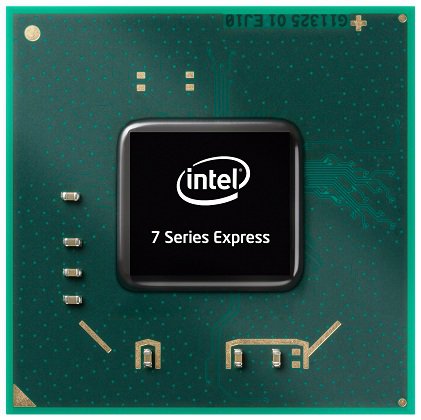 Intel today announces its 7-Series chipset codenamed "Panther Point" which brings in various new features such as Integrated USB 3.0 Support and improved compatibility with Intel's 3rd Generation Ivy Bridge processors. There would be a total of twelve new chipsets based on Panther Point which Intel would be launching in the upcoming months for PC Desktop and Laptops. Listed below are the twelve new Panther Point chipsets: 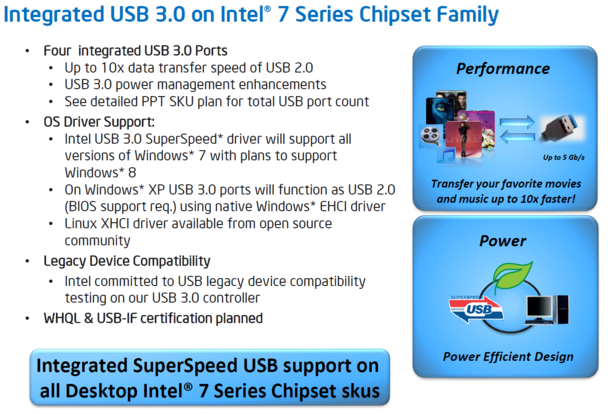 One of the latest features to arrive with the Panther Point PCH would be integrated support for USB 3.0, This means that the 7-Series chipset would allow for 4 USB 3.0 ports directly ruling out the need for additional chips from Renesas (NEC), asmedia, etc. Out of all the chipsets, Only HM75 misses out on the new feature of USB 3.0 support. 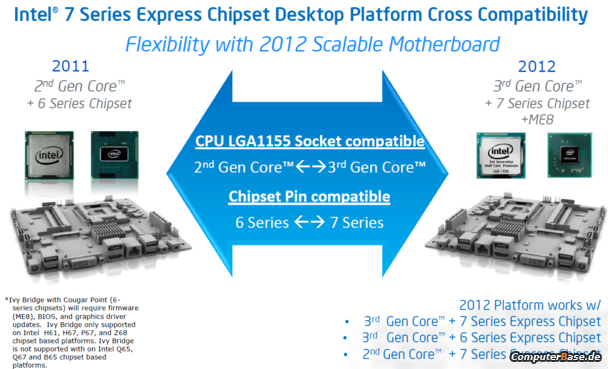 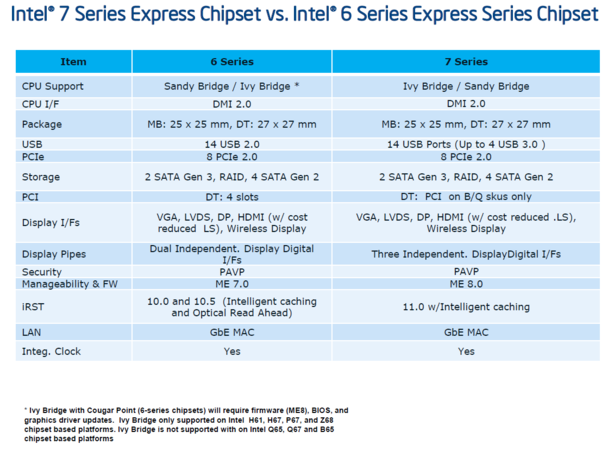 When compared to the Cougar Point (6-Series Chipset), There's little to no difference hence allowing backwards compatibility with the older chipset. Similarly, Sandy Bridge based processors are also compatible with 7-Series chipset depending you have updated BIOS and Graphics Drivers. 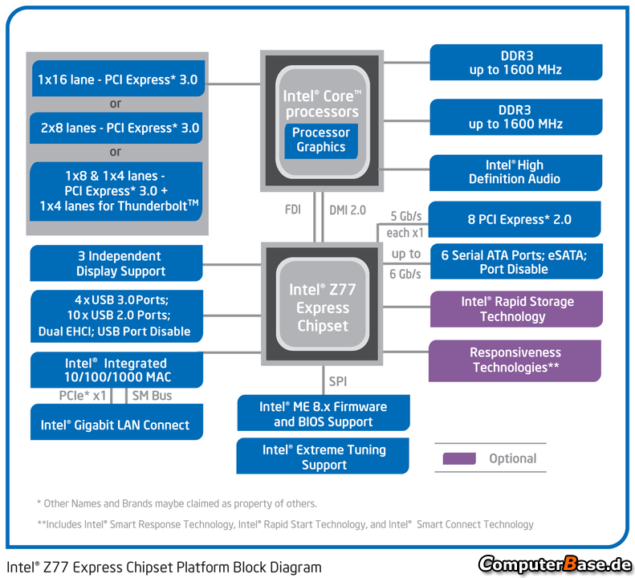 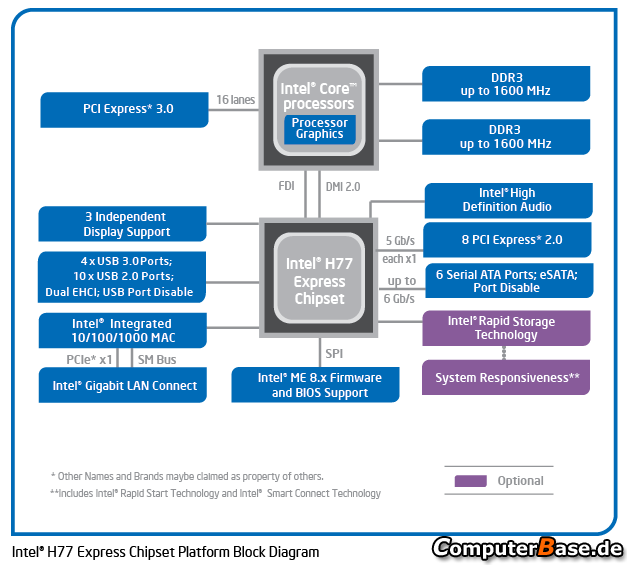 Most of the motherboards vendors would use the Z77 Chipset instead of the Z75 since there's no actual difference between them, H77 motherboards would essentially be a trimmed down version of the Z77 chipset based boards since Integrated GPU support is already available on Z77. Budget boards would be made on the B75 chipset.

The Q Series would be restricted to business needs allowing for special feature which are otherwise not available on the H/Z/B series boards allowing for vPro and SIPP function presented in the K-Series unlocked processors.

In Addition to Panther Point which has been launched today, Intel is planning to release its Lynx Point Chipset for the upcoming Haswell Platform during first half of 2013, More details here.

Additional specifications can be found in the charts below: 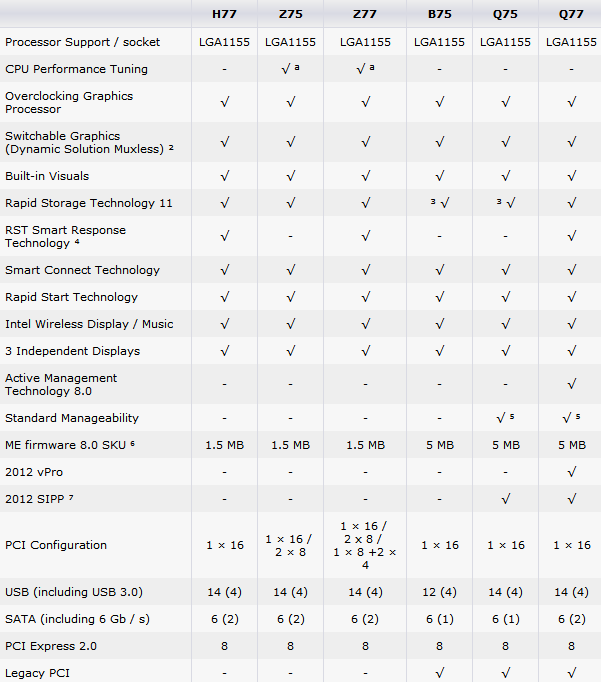 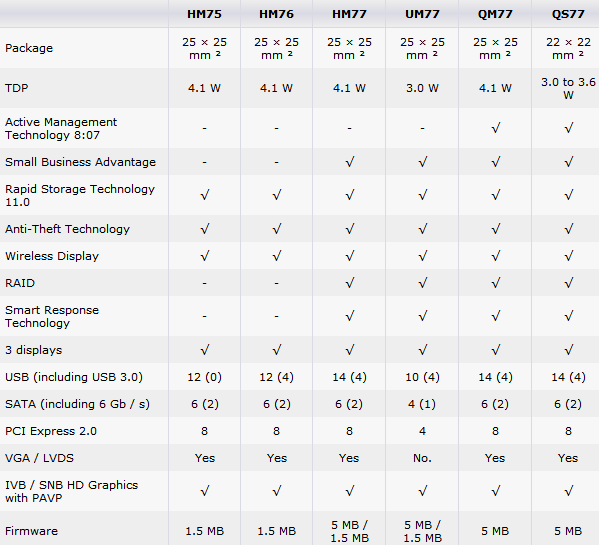