It looks like Intel is prepping a huge list of chipsets under their 300-series platform roadmap. The chipset lineup will include the already known Z370 which is launching next month, followed by a range of enthusiast / mainstream consumer and corporate options that will be available later in 2018.

The Intel 300-series platform consists of two main products, the 300-series motherboards and the Coffee Lake desktop processors. The initial launch is aimed for Q4 2017 and will include a range of Z370 chipset based motherboards and several Coffee Lake desktop chips. These processors will be a range of unlocked and locked SKUs that will include Core i7, Core i5 and Core i3 branded chips. A new roadmap has now been leaked over at Anandtech Forums which details the full list of Intel 8th gen, 300 series chipsets. 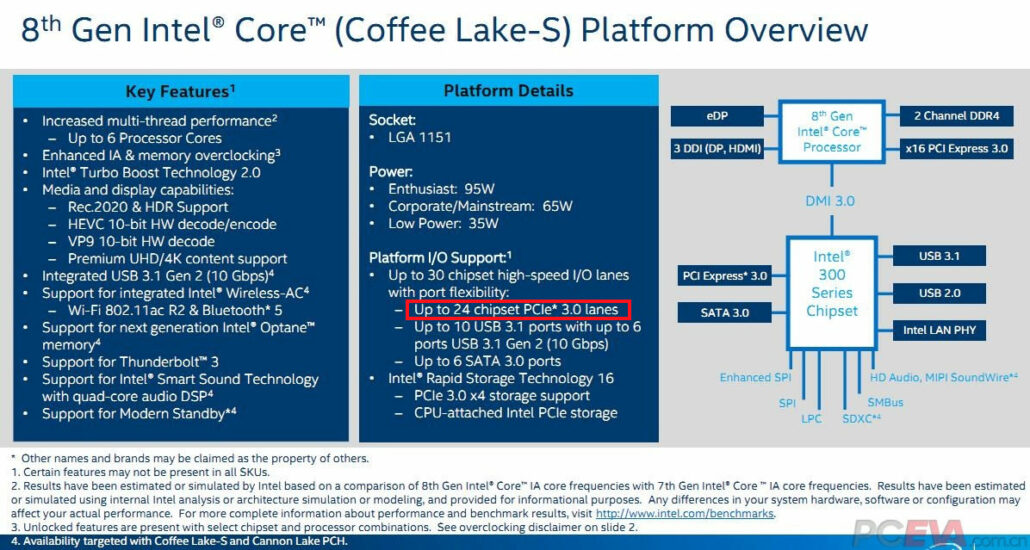 We have confirmed that Intel is launching the 300-series platform on 5th October 2017. The launch will have an army of Z370 boards but for those planning to build more budget tier PCs will have to wait till early 2018. The roadmap details that Intel's consumer lineup will feature four chipsets. The first is Z370 which falls under the enthusiast segment. The mainstream segment includes the H370 chipset while the Value segment includes the H310 chipset.

The most interesting thing about the roadmap is that it is the first public confirmation of the Z390 chipset. We have already heard a lot about the Z390 chipset but it looks like it will be replacing the Z370 chipset or will be a more better tuned design for high-performance 6 core chips in the Coffee Lake family. For users that are worried if there Z370 investment will go to waste need not to worry a lot as this chipset won't be available until second half of 2018.

So we are looking at atleast a year worth of wait if not more. There's also a possibility that while this chipset allows for more features over Z370, it may also launch along side a new range of refreshed processors (most probably still on 14nm++ process). Regardless, the Z390 and Z370 chipsets will use the LGA 1151v2 socket and compatibility of Coffee Lake processors will be maintained on both.

Moving to Q1 2018, probably during or after CES 2018, we will see the launch of the corporate chip sets too. These chips and the consumer budget focus chips are planned for launch in a similar time frame. The chipset lineup will include the Business Essential B360, Corporate Fundamental Q360 and the Corporate (Intel vPro) Q370 chipset. Some features of the 300-series platform will include:

We can also expect Intel to launch a Pro series family of CPUs when the corporate chipsets launch and those will be placed directly against the Ryzen Pro processors. Expect more details and Z370 motherboard details in the coming days.