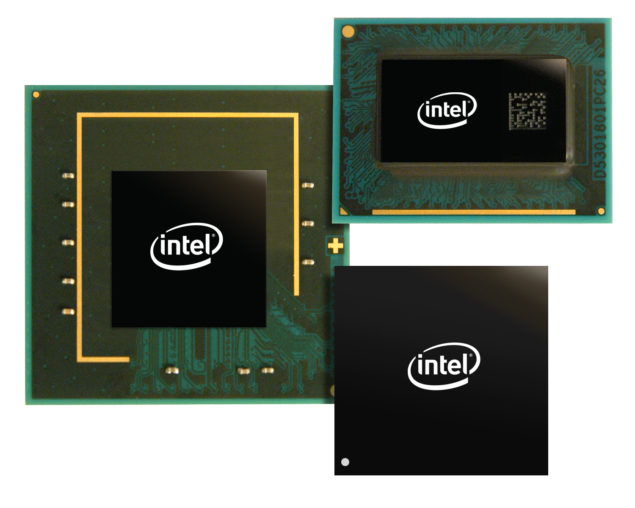 An Intel roadmap has been leaked which shows the release date along with several key features of Intel's Lynx Point chipset for the Haswell Platform which would replace the 7-Series (Panther Point) Chipset. The motherboards based on the chip would feature the socket LGA1150 to allow support for 22nm Haswell Processors. 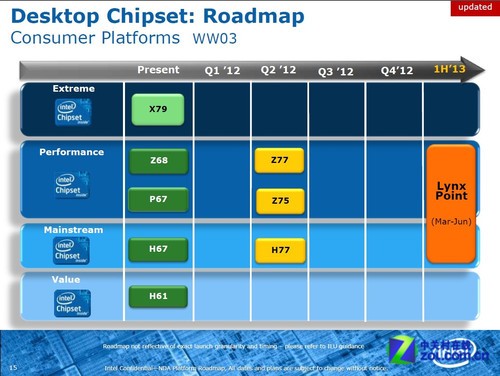 The main change we would see in Lynx Point would be Native support for USB 3.0, SATA 6GB/s and support for Quad speed SPI Devices, The platform would also perform much better than its predecessor consuming lower TDP's inside a smaller package (22x23mm FCBGA). Improvements to Intel's already implemented RST (Rapid Storage Technology and optimization's to the SSD performance would also be carried out. 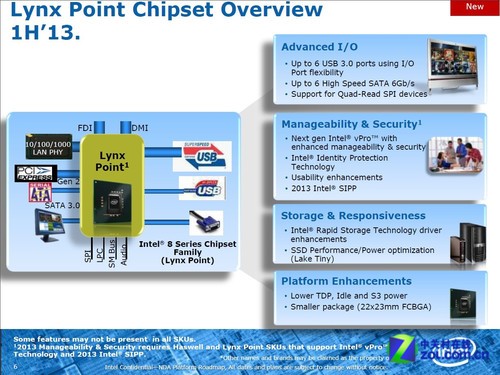 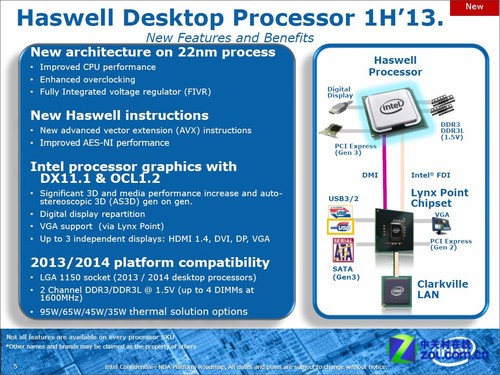 Lynx Point would support the 22nm Haswell Processors which should be compatible with Socket LGA1150, Their launch is expected around first half of 2013 in March-June which means a year after the launch of the upcoming Ivy Bridge processors.