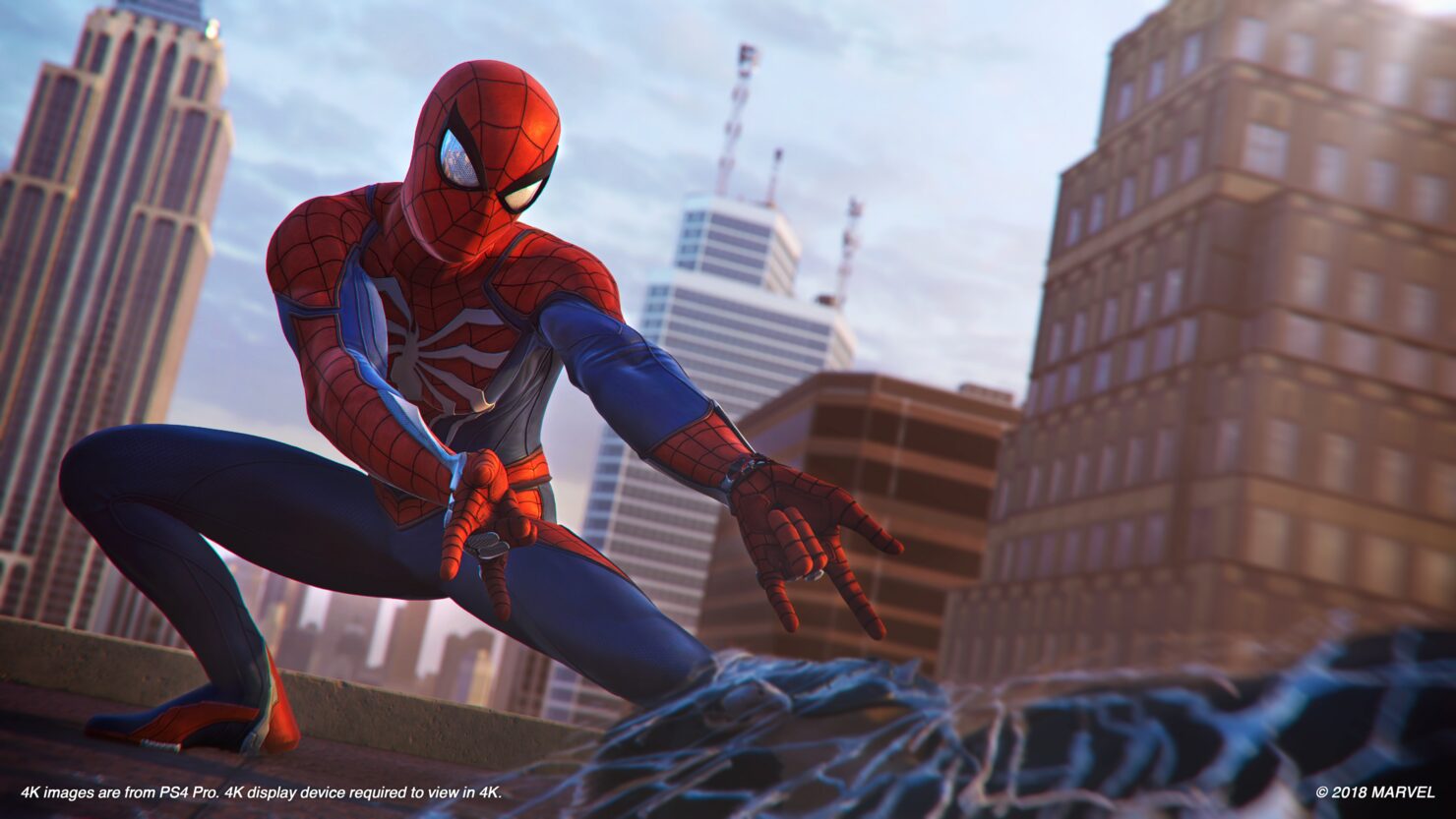 Marvel's Spider-Man, the big triple-A PlayStation 4 exclusive featuring everyone's favorite neighborhood hero, is due to land on September 7th. A launch trailer even popped up last week, even though the game is still over a couple weeks away from being available.

In an interview with New Zealander website Stuff, Insomniac's Community Manager James Stevenson said that the studio was stunned to see how strong the pre-orders already are for the game.

It's very flattering people would put their money and faith in us already.

Stevenson also teased that the trailers released by the developers have shaken things up, suggesting that the events in the game might unfold a bit differently, which should be a relief for those worried about spoilers.

I think there's a lot of responsibility on fans, to guard themselves if they decide to, as much as there's a responsibility on us to not show too much in some ways. I don't know, people debate spoiler culture and if it's needed, it's a relatively new thing. I will say in this, we've been trying to to surprise people and to shake things up in a way that's rewarding.

Spider-Man is an open world game first and foremost, which means that there's more than just the main narrative. Insomniac put all sorts of side activities into the game and Stevenson clarified that even those have ties to the overarching narrative, as customary with any Marvel product.

We wanted it to feel dense and populated, we wanted the city to feel like it was people on the streets. The other thing we knew was we wanted to have activities which have story ties; it shouldn't ever be a straight up challenge, there's always a story for whatever you're doing.

In related Spider-Man news, a brand new page on PlayStation.com went up and it's wholly dedicated to the game's rogues gallery. It's not much of a spoiler since Insomniac already revealed all these villains, so we've added the description of each Spider-Man nemesis below.

From a crime boss wielding negative energy, to a high-flying criminal, to a future tech thief, meet the many villains Spider-Man must face to save Marvel’s New York City.

Mister Negative is a man divided. To the citizens of New York City he is Martin Li, respected businessman, philanthropist, and founder of the acclaimed F.E.A.S.T. shelters. But to the underworld he is known as Mister Negative, an upstart crime boss in command of the fearsome Inner Demons and wielder of a dark energy that he uses to destroy anything or anyone standing in his way. Obsessed with exacting revenge against a high-ranking New York City official whom he believes is responsible for his corruptive abilities, Mister Negative is a driving force behind a violent master plan that may rot the Big Apple to its core.

Wilson Fisk, who publicly acts as a philanthropist and legitimate businessman, secretly controls New York City’s organized crime families as the feared Kingpin. Spider-Man has spent years trying to incriminate him and finally does so – only to quickly learn that maybe Fisk was right when he said, “I’m the one who brought order to this city!” Spider-Man soon finds himself in the bizarre position of saving Fisk’s men to unravel a larger mystery of a new citywide menace.

With the ability to harness and wield electricity, Max Dillon has a larger mission in mind: to evolve his final form by transforming himself into pure, living energy. Enlisting the help of a sinister mastermind to help him in his twisted quest, Electro has agreed to help dismantle one of the most powerful men in New York City.

Granted superhuman strength by artificially crafted skin, Aleksei Sytsevich wants to shed the protective coverings and thuggish reputation as the Rhino, and he’s found a sinister someone who can help him do it. Of course, Rhino will need to pay this mastermind back once he’s been sprung from The Raft to wreak havoc on a powerful New York City magnate.

While he’s been safely behind bars at The Raft for the last few years, the maniacal Mac Gargan has been freed to renew his heated rivalry with Spider-Man. In exchange for the promise of a cleaned criminal record, the Scorpion is determined to strike down Spider-Man once and for all with his vicious venomous stinger.

Vulture has vexed Spider-Man with his lethal flight suit since Peter Parker first learned to channel his web-slinging abilities. Now Adrian Toomes suffers from spinal cancer due to the power produced from his winged rig. A particularly sinister villain has devised a plan to save Adrian’s life and free him from The Raft prison…in exchange for helping fix a vendetta against a city icon.

What’s the best way to rob a bank? Herman Schultz prefers to literally shock and awe, using a high-tech suit with gauntlets that blast intense vibrational waves to crush vaults and elude the police. Shocker has been a long-time Spider-Man nemesis, but something more sinister has motivated Schultz this time around...

Inner Demons are mysterious enemies easily identified by their elaborate Chinese masks and more formal black-and-white attire. They operate under direction from Martin Li, aka Mister Negative. Some Inner Demons wield weapons infused with “negative energy” that can cause Spider-Man great damage. On occasion, Mister Negative will corrupt an Inner Demon or two through an extended direct touch, giving himself even greater power.