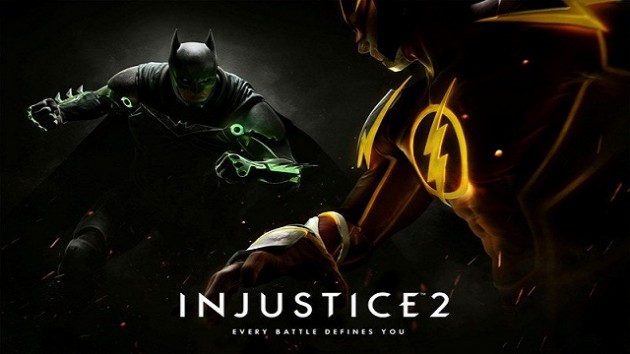 Following some teases and leaks, Injustice 2, the new fighting game starring DC Comics characters currently in development for consoles by NetherRealm Studios, has finally been confirmed with a new trailer. The trailer released yesterday doesn't include any gameplay footage but it looks like it won't take too long to see the game in action.

A few hours ago, YouTuber Level Up Your Game has confirmed in a new video that the Injustice 2 gameplay will be shown for the first time this Saturday, June 11th, during the ESL Pro League Finals.

With the game having only been announced, there's definitely still more work to do on the Injustice 2 roster and mechanics, and players might be able to influence which characters will be available at launch. A few hours ago, NetherRealm Studios' Ed Boon has launched a new character poll on Twitter, asking players which character they would like to see in the game between Blue Beetle, Captain Cold and Swamp Thing. The poll will be running for another 11 hours, so don't miss the chance to let the team know which character you would like to see in the game the most.

Not much is currently known about the Injustice 2 starting roster. Yesterday's press release confirmed that the game will feature the biggest DC Comics roster ever offered in a fighting game, with many fan favorite characters such as Batman, Superman, Supergirl and Aquaman, and new villains such as Atrocitus and Gorilla Grodd.

Injustice 2 will be released next year on PlayStation 4 and Xbox One. We will keep you updated on the game as soon as more comes in on it, so stay tuned for all the latest news.