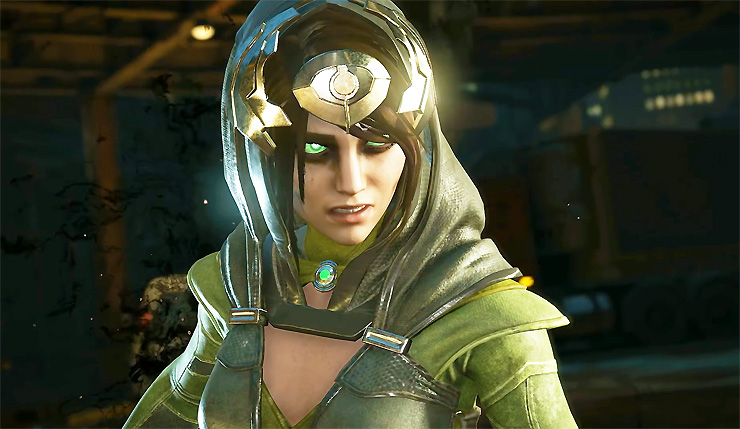 Injustice 2 has dropped a new gameplay trailer for upcoming DLC fighter Enchantress, and she should be a unique addition to the game. Most folks are probably only familiar with Enchantress from the recent Suicide Squad movie, but she’s been around since the early 70s, when she first began appearing as a Supergirl villain. Here’s the official Injustice 2 Enchantress bio:

“The all-too ordinary life of June Moone ended the day she was possessed by the Enchantress, a demonic sorceress with aspirations of world domination. Today, she fights for her very soul, struggling to harness the Enchantress’ magic for good. If she fails, the powerful Enchantress will consume her - and our world won’t be far behind.”

Enchantress looks like an interesting character, with a variety of different counters and the ability to teleport around the stage. While she has a diverse array of moves at her disposal, she appears to be a bit slow, and, I’m guessing, isn’t terribly powerful. It feels like Enchantress might be one of those, “for advanced players only” fighters, but you never know. There’s only so much you can glean from a quick 90-second trailer.

Enchantress will be the second Injustice 2 Fighter Pack 3 character released. Fighter Pack 3 also includes the size-shifting Atom, and the Teenage Mutant Ninja Turtles. No, really. You can check out the initial Fighter Pack 3 reveal trailer, below.

You can get your hands on Enchantress by purchasing Fighter Pack 3 for $15, or the Injustice 2 Ultimate Pack, which includes Fighter Pack 1, 2, and 3 for $40. Fighter Pack 1 includes Red Hood, Starfire, and Sub-Zero, and Fighter Pack 2 features Black Manta, Raiden, and Hellboy.

Injustice 2 is currently available on PC, Xbox One, and PS4. Players will be able to download Enchantress on January 9.