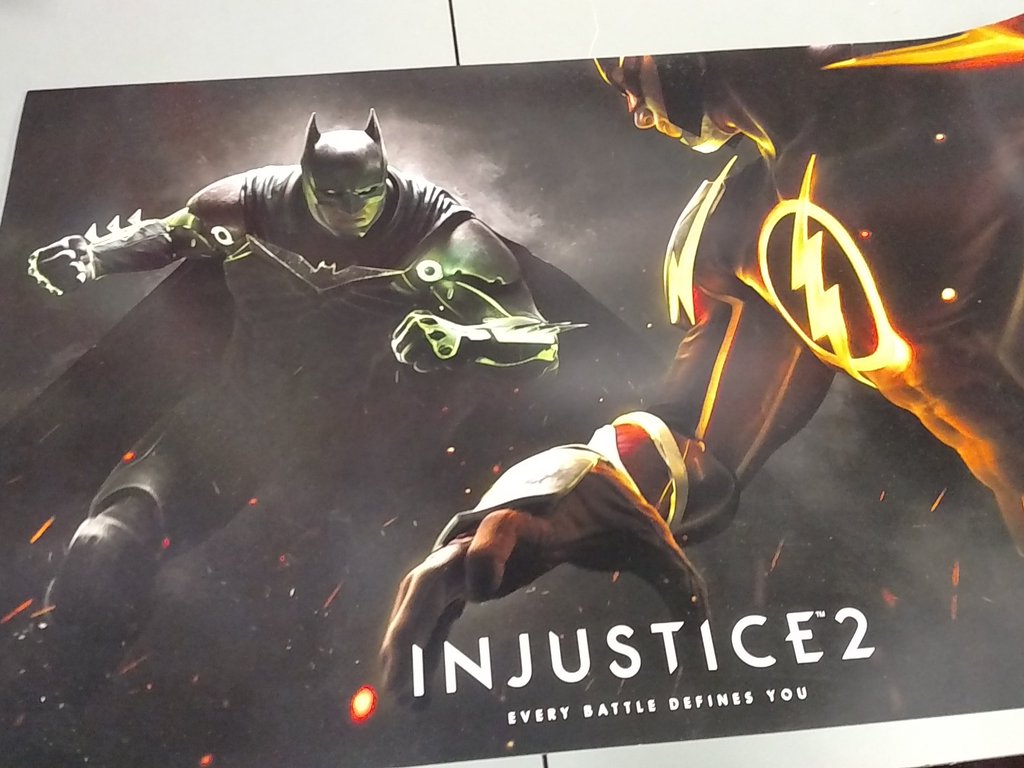 UPDATE: Injustice 2 has been officially announced by Warner Bros. in a press release. Unfortunately for PC fans, the game is scheduled only for a 2017 release on PlayStation 4 and Xbox One.

Injustice 2 offers the latest DC fighting game experience that expands on the previous title’s larger-than-life showdowns. Every battle defines you in a game where players personalise iconic DC characters with unique and powerful gear earned throughout the game. For the first time gamers can take control of how their characters look, fight and develop across a variety of game modes.

Injustice 2 continues the epic cinematic story introduced in Injustice: Gods Among Us as Batman and his allies work towards putting the pieces of society back together while struggling against those who want to restore Superman’s regime. In the midst of the chaos, a new threat appears that will put Earth’s existence at risk. Players can play from the biggest DC roster ever offered in a fighting game, from classic fan favourites such as Batman, Superman, Supergirl and Aquaman, to astonishing new villains like Atrocitus and Gorilla Grodd. Battles will take place across arenas that have evolved in scale and span across iconic locations such as Metropolis, Gotham City and Atlantis.

“In Injustice 2, we are introducing new features that will change the way fans play fighting games,” said Ed Boon, Creative Director, NetherRealm Studios. “We’re always interested in pushing the genre forward and allowing players to customise and level-up their favourite DC Super Heroes and Super-Villains is a significant leap.”

“Expanding the DC Universe in games continues to be one of our top priorities, and Injustice 2 showcases amazing gameplay and an original story to bring the characters to life for players,” said David Haddad, President, Warner Bros. Interactive Entertainment. “NetherRealm Studios is offering fans an experience of customising and battling with DC’s iconic characters in an entirely new way.”

ORIGINAL STORY: Injustice 2 is real. GameStop somehow leaked the image below, which all but confirms that the second installment in the fighting game franchise will be announced at E3 2016. We can clearly see Batman and The Flash about to fight each other, with the tagline "every battle defines you" just below.

Injustice: Gods Among Us, released in 2013, is set in an alternate version of the DC Universe where Superman is tricked by Joker into killing Lois after Metropolis has been destroyed. As a result, he goes insane (not unlike what we've seen in the Knightmare portion of BvS: Dawn of Justice) while Batman rallies a group of rebels against his totalitarian regime.

No details are known yet on Injustice 2, but it will likely follow in the footsteps of its predecessor; we'll know a lot more during E3 2016, in all likelihood. Considering that NetherRealm released Mortal Kombat X on April 2015, though, we might have to wait until Spring 2017 to get the game. In the meantime, here's the funny reaction of Creative Director (and Mortal Kombat Co-Creator) Ed Boon on Twitter - he crossed GameStop from an imaginary "party invitation list" before wanting to "de-trend" Injustice 2 on Twitter, though he finally admitted he was just joking.

"@KnightWing19 @noobde Polygon first reported the story so you should probably leave them out too.
EB: My tweet was in fun! No hate here! 🙂