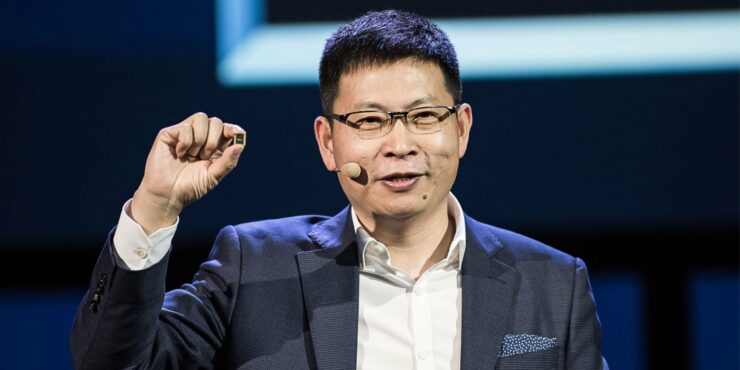 [UPDATE: It looks like the announcment was a result of some 'confusion'. Huawei officials confirmed that the OS will likely hit the Chinese market by 2019 and release globablly next year]

In the past month, Huawei has been at the receiving end of sanctions that could potentially tank the company's smartphone division. They stand to lose their Android license, access to ARM technologies, their spot in the WiFi Alliance and access to pretty much any US-based technology.

It turns out that Huawei was anticipating this all along and have been working on their own Android replacement; code-named HongMeng OS. Initially, it was speculated that it would make its way to devices sometime next year. Today, a Middle East head for the firm told TechRadar that it may launch next month. Alaa Elshimy, Managing Director and Vice President of Huawei Enterprise Business Group Middle East. had the following to say in a statement:

The ban against Huawei will be enforced at the end of August, thanks to an extension granted by the U.S Department of Commerce. The OS is likely to be called Ark OS and will be compatible with mobile phones, computers, tablets, TVs, connected cars, smartwatch, smart wearables and others. Elshimy also claims that all existing Android applications will work seamlessly with the new OS.

Instead of the Play Store, users will have to download apps from the Huawei AppGalley. There's no way that Huawei's AppGallery will have the same options as the Play Store, but that's one compromise Huawei users might have to settle for. Huawei already has a massive app ecosystem in China that doesn't rely on the Play Store, so things shouldn't be too bad, hopefully.

The next pressing question that comes up is, how will Huawei survive without WiFi and Bluetooth (and the hardware to back it up). Elshimy had the following to say about it:

We have all the chipsets except the Intel chips for PCs and servers. Every single storage player in the market is using Qualcomm chipset and we are the only one using our own chipset. That is why we can go at the speed we want. In my view, the biggest loser will be the alliance if they keep us out of the alliance. From an industry point of view, it is a standard and it is good if you meet the standard [but you] don’t need to be part of the alliance. The same answer applies to Bluetooth and SD cases.

All in all, Huawei should still be able to offer non-standard variants of WiFi, Bluetooth and SD card support alongside their new OS. Huawei is certainly doing all it can to try and ensure it has a future in smartphones despite the tough sanctions placed upon it.