Samsung's Galaxy Fold and Huawei's Mate X have a shocking amount of parallels. Both devices were manufactured as a proof of concept and never intended for mass appeal. Both have had a significant amount of delays before they hit the market. And now, Huawei is reportedly planning on selling a cheaper version of the Mate X called the Mate Xs (I know, right?) Numerous leaks emerged early last year indicating that the Galaxy Fold 2 would get unveiled alongside the Galaxy S20 series and would reportedly cost about ~$1,000.

Earlier this year, yet another report emerged that Huawei would unveil a 5G-ready Huawei Mate X at MWC 2020. It would come Huawei's latest Kirin 990 SoC, instead of the Kirin 980 that was in the original Mate X. It is entirely possible that the report was actually referring to the Mate Xs. Perhaps, the device could be the only variant of the foldable tablet to make its way out of China. 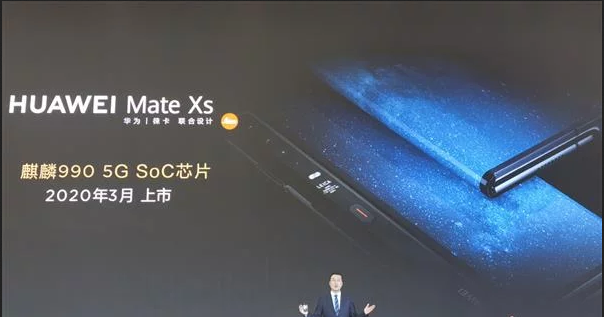 Yu Chengdong, the CEO of Huawei, stated that the Mate Xs will be available in February 2020 and will arrive with an improved display and upgraded hinge mechanism. This means that it should cost more than the original Mate X, right? Apparently not. Reports say that it'll be cheaper because Huawei seems to have figured out how to make foldable panels at a lower cost, and the savings will be trickled down to the customers.

However, the changes of the Mate Xs costing less than or around $1,000 is rather slim. It is, after all, a flagship tablet that's running the best hardware Huawei has to offer. We could be looking at a price between $1,500 to $2,000. It might seem incredibly expensive compared to other flagships, but we have to bear in mind that the specced out variants of some devices also cost about that much. Huawei says that it is also work in a Moto Razr-like foldable phone, which it'll release sometime in Q3 2020. Perhaps that will be the company's 'affordable' option.

Huawei Mate X Spotted in the Hands of a Company Executive

Galaxy Fold Unlikely to Ship Out in June