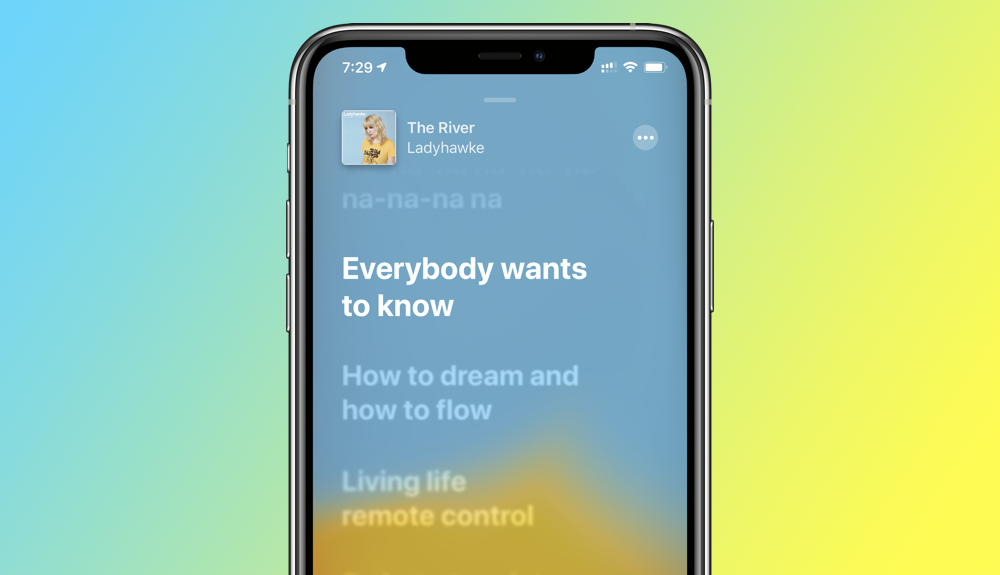 Here's how you can display live lyrics for a song in iOS 13 / iPadOS Music app in Apple Music running on an iPhone, iPad or iPod touch.

Apple introduced a wonderful new feature with iOS 13 and iPadOS where you can simply follow the lyrics of a song in real time that is playing via Apple Music. But the fun doesn't end there - if you tap on a lyric from anywhere in the song, you'll simply scrub to that section of the song. Want to skip an entire portion of the song? Live lyrics has you covered. In today's quick little tutorial, we will show you how you can use this feature right away.

Step 2. Play the song for which you want to view live lyrics.

Step 3. At the Now Playing screen, tap on the 'lyrics' icon at the bottom left. The live lyrics will now take over the display and you can tap anywhere you like to jump to a specific part of the song.

Step 4. In order to get rid of the lyrics, just tap at the bottom of the Now Playing screen to bring up the music controls, then tap on the lyrics icon again. 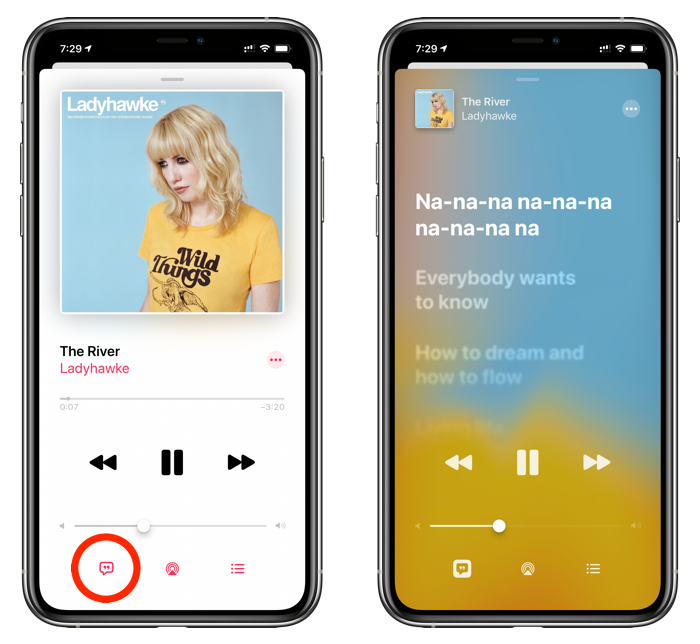 Please note that not all songs support this feature. If there are no realtime lyrics available, you'll simply see everything in plain text. If there are no lyrics at all then the lyrics button will be grayed out.

You can really use this feature to start a karaoke on demand. But that is entirely up to you if you want to take that route.