iOS 14 brings a really useful feature to the table that allows favorite conversations to appear first. If you use an iPhone, it's all about the ecosystem and Apple's Messaging app. With iOS 14 Apple brought forward a bunch of features centered towards the service. You now have the option to Pin messages with iOS 14 so your favorite conversations appear on top every time you open the app.

If you have updated to iOS 14, there are a bunch of features that you should try right now. The platform now boasts widgets on the Home screen and widget stacks with customized options. Apart from that iOS 14 now also allows you to Pin your favorite messages so they always appear on top. If you're unfamiliar, here's how to do it.

1. Firstly, open the Messages app on your iPhone.

2. Now, find the conversation that you want to pin. 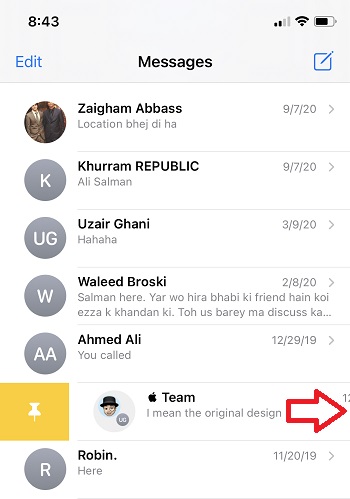 4. You will see that the conversation that you have selected is Pinned to the top of the Messages app's interface as a dedicated round icon. 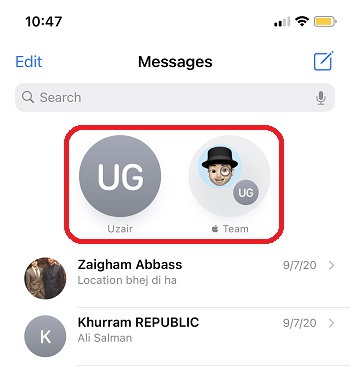 5. To unpin a conversation, long-press on the pinned icon of the conversation and tap on Unpin.

That's all that you have to do in order to pin your favorite conversation in the Messages app on iOS 14. This will make it easier for you to open the dedicated conversation in a jiffy without the need to look for it through the list.

Pinned messages are a pretty neat addition that debuted with iOS 14. Apple is giving users the option to add up to 9 pinned messages which include iMessage as well as standard Green-bubble messages. Once all the 9 places are taken up, you will be notified to unpin any conversation to add the new one.

Have you updated to iOS 14 yet? What is your favorite feature in the update?