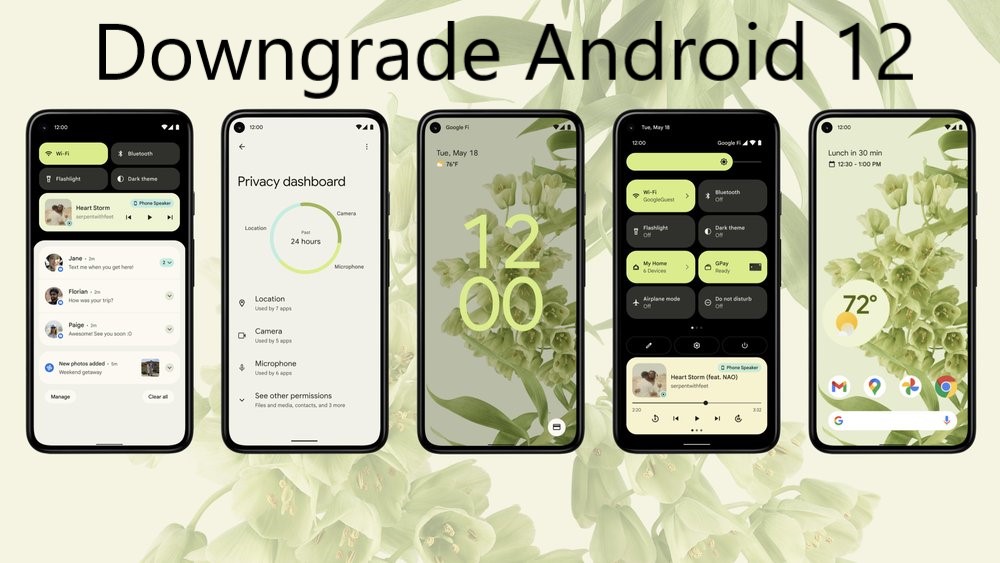 Android 12 is out now as a beta for the public and you can enroll to get the update right now. Using it daily on my Pixel 3, I have discovered that the build is currently plagued with bugs and errors. If you are running the beta build on your pixel, there is a way to downgrade from Android 11 to the previous stable build of Android 11.

Having Issues With Bugs and Performance? Downgrade From Android 12 to Stable Android 11 Public Release

As mentioned earlier, Android 12 is crawling with bugs at the moment. I have encountered a sudden decrease in battery life and battery not charging above 80 percent, even when I left the device plugged in overnight. In addition to this, random app crashes and stutters are common on the first beta of Android 12. Henceforth, if you are an average user, it makes sense for you to downgrade from Android 12 to a stable Android 11 build.

Issues aside, using the Android 12 is amazing, it brings a plethora of new additions to the table. If you have not already and want to check it out, this is how you can install Android 12 on your compatible device. If you have enrolled in Google's beta testing program and received the Android 12 update over the air, you can downgrade through the same method. If you are unfamiliar, follow the step-by-step instructions below.

1. The first thing that you have to do is head over to the Android Open Beta page.

2. You will see all the devices compatible with the Android 12 beta and the ones you have enrolled in. Simply, tap or click on Opt out. 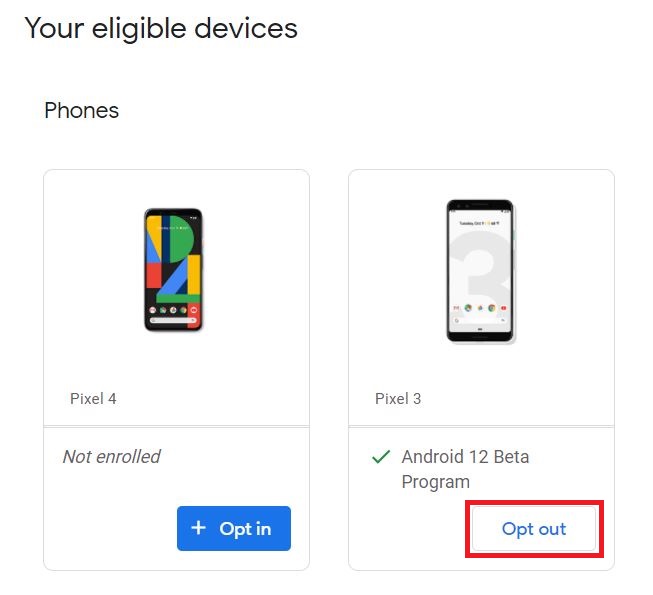 3. You will be presented with a message saying you will be sent an OTA update of the latest stable public version of Android. Tap or click on Leave beta. 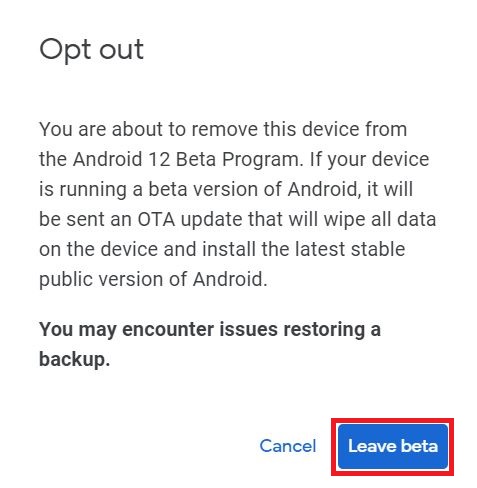 There you have it, your phone will receive a stable Android 11 version over the air, whereby allowing you to downgrade from Android 12. Simply, head over to Settings > System > Advanced > System Update. You will see that an Android 11 update is waiting for download and installation.