Fix Touch Screen Sensitivity Issues on iPhone and iPad [How to] 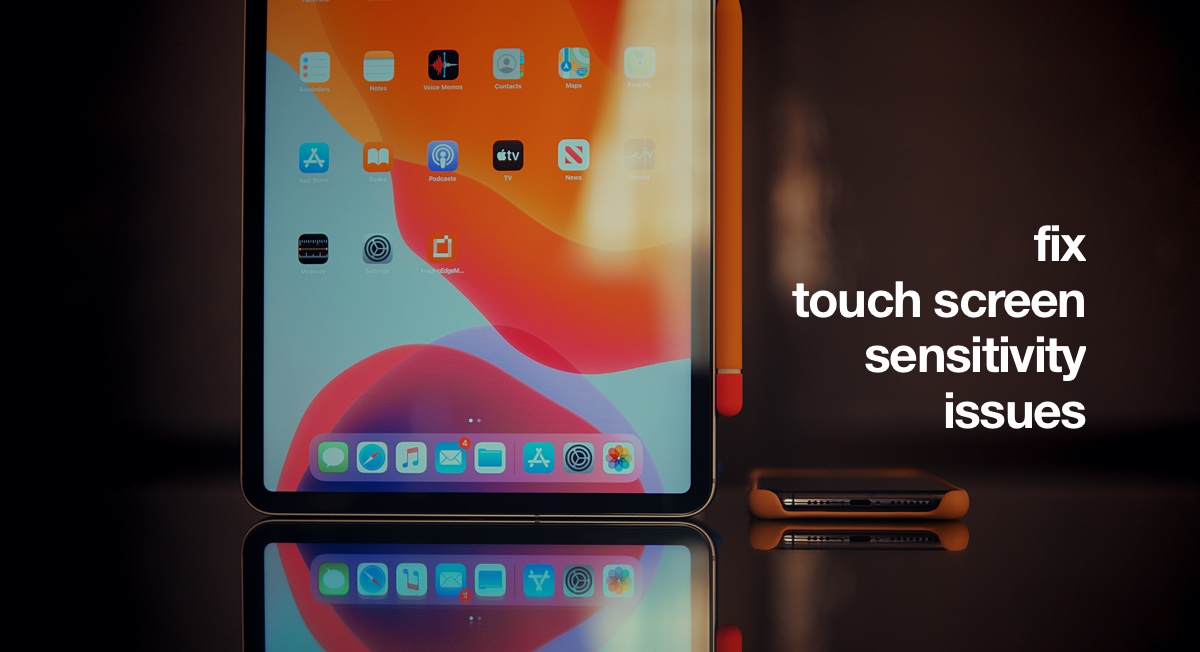 We will show you how to fix touch screen sensitivity issues on your iPhone and iPad after applying a glass screen protector.

Whenever I buy an iPhone or iPad, I tend to jump onboard the accessory bandwagon almost immediately and get myself a screen protector before I even put on a case. Flagship iPhones and iPads are expensive, and it's best to do whatever you can in order to ensure longevity.

But, when you are quick to buy a gadget, the first wave of accessories always have certain issues. Take the 2018 iPad Pro, for example. While that new Retina display is gorgeous and all, but the 11-inch model just does not play around nicely with glass screen protectors. Sure, Apple tried to fix the issue with a software update, and it did help, but not much for some users. If you are fine with using the old-school film-style protectors, then the issue can be fixed right away. Even the iPhone doesn't play nicely with certain glass protectors, where a user will often experience missed touch inputs and whatnot. This issue with touch screens may even arise if you have zombie fingers - you can read more about it here by Consumer Reports.

You can even choose to just go ahead and spend a ton of money on high-end options, which are totally worth it, in my opinion. But sometimes, that's just not an option for some people. So, I dug around to see whether or not there is a solution which can fix touch screen sensitivity issues on an iPhone or iPad without having to rip off the glass protector and get a new one.

After searching around for a certain period of time, I stumbled across this thread on the Apple support forums. It suggests that by simply turning on the Touch Accommodations feature in iOS or iPadOS, you can actually fix touch screen sensitivity issues once and for all. But does it work? Well, I tried it on my iPad Pro 11-inch model, and it somewhat helped, surprisingly. The little nagging issues I used to get from time to time just disappeared. But it's not a 100% fix. It honestly looks like a snake oil method of fixing this issue because you literally have to toggle on one switch to make things fine on both your iPhone or iPad without having to touch anything else.

Let us walk you through the process anyway. This guide is meant for iOS 13 and iPadOS 13 users:

Step 1. Launch the Settings app on your iPhone or iPad.

Step 2. Scroll down and tap on Accessibility.

Step 5. Turn ON Touch Accommodations and do not change anything else here on this page at all. When done, go back to the home screen and try using your iPhone or iPad as you normally would.

I'm saying this one more time: this method somewhat fixed the problem for me and I still have a glass protector on my iPad Pro. I also have dry hands which only adds more misery to the issue I face from time to time. Heck, I'll even go as far as I saying that even without a screen protector I have issues using a touch screen device, thanks to dry weather combined with my dry hands.

But the big question here is this: did this method fix touch screen sensitivity issues for you on both your iPhone and iPad? If it did, then be sure to share the tip with everyone else out there who might be facing the same. If it didn't, then we honestly wish Apple bakes in a toggle switch to enhance screen sensitivity whenever we apply a screen protectors. There's literally one in Samsung Galaxy devices, so I don't see no point in why Apple can't pull off such a thing.

While you are here, make sure to check out the following as well: