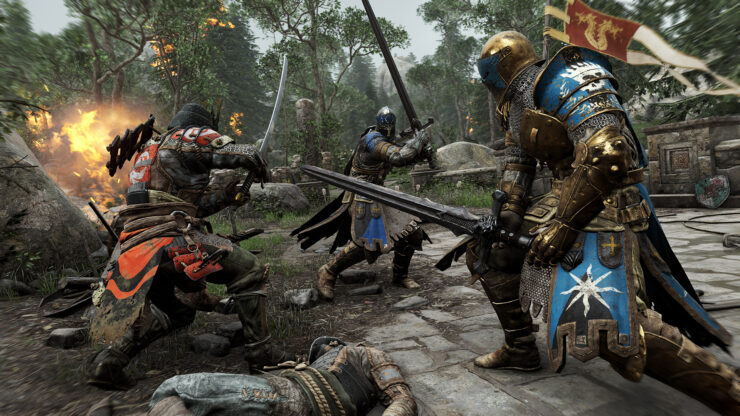 For Honor, the third person action game currently in development by Ubisoft, will have a big multiplayer focus, as seen in the alpha a few weeks back, but it will also have an extensive single player campaign that will include quite a bit of content. A few days ago, a rumor circulating online revealed that an internet connection will always be required even for the single player content, and it seems like this will indeed be the case.

NeoGAF member Gamezone recently asked on the Ubisoft forums about the matter and the publisher's Community Manager confirmed that For Honor is an always online experience, with some elements of progression being shared between single player and multiplayer modes.

We can confirm that For Honor is an always online experience. Some elements of progression, which is hosted online, are shared across story and multiplayer modes. Players will need to be connected to the Internet at all times to play For Honor.

The fact that For Honor always requires an active internet connection is definitely disappointing, considering Ubisoft planned to have an offline single player campaign for the game.

It’s a full story campaign, a cinematic adventure where you will play as the knights first as the Warden, then you play as the Raider, then you play as the Orochi… You’ll play all through three different regions; the knights’ homeland, the Viking homeland, and the samurai homeland. You’ll go on this great adventure… We built the campaign so that if you bought the game just for that, that you would be satisfied even if you never went online and played multiplayer. It’s intended to be a full experience.

For Honor launches on February 14th on PC, PlayStation 4 and Xbox One. We will keep you updated on Ubisoft's upcoming game as soon as more comes in on it, so stay tuned for all the latest news.