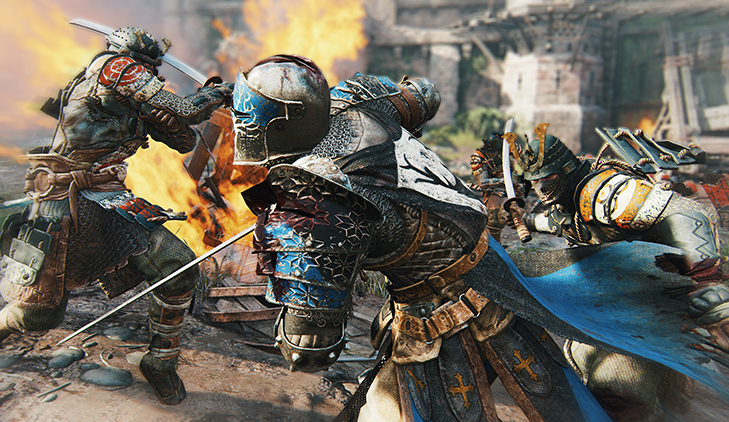 For Honor, Ubisoft’s upcoming action hack and slash title might very well require an internet connection at all times.

At least, that’s what the game’s box art suggests as spotted by Neogaf user Rymuth yesterday. While For Honor will have a very clear focus on multiplayer, Ubisoft confirmed that the game will also sport a full single-player mode.

For Honor’s creative director recently added that players would be satisfied with the game’s story mode even if they never went online and played the game’s multiplayer mode.

"It's a full story campaign, a cinematic adventure where you will play as the knights first as the Warden, then you play as the Raider, then you play as the Orochi... You'll play all through three different regions; the knights' homeland, the Viking homeland, and the samurai homeland. You'll go on this great adventure... We built the campaign so that if you bought the game just for that, that you would be satisfied even if you never went online and played multiplayer. It's intended to be a full experience."

For Honor releases on February 14 for PC, PS4, and Xbox One.