After a pool of rumors regarding a next-gen sequel to Kaos Studios' somewhat distraught first-person shooter video game, Crytek has finally announced the upcoming Homefront 2, officially named as Homefront: The Revolution. The game is an open world first-person shooter designed giving special attention to guerrilla tactics. Expected to release next year, the game will be published by Deep Silver.

Homefront: The Revolution Sparks a Revolutionary War in America's Birthplace - Set to Hit the Local Markets Next Year

Just a few hours after the leak that emerged on the internet showing box art of the PlayStation 4 version of Homefront: The Revolution, the game was officially announced via a post on the PlayStation Blog by David Stenton, the Game Producer at Crytek, Nottingham. First details, trailer and screenshots from Crytek's follow-up to the last-gen shooter were shared showing dynamic in-game environments and guerrilla warfare tactics.

Originally brought into existence by Kaos Studios and THQ, Homefront's rights were acquired by Crytek one year after THQ lost its shares and went bankrupt. Kaos Studios was also closed down by the publisher after Homefront's mixed reviews failed to impress the investors. Now, Homefront: The Revolution is being developed by those people who can be held responsible for all-time amazing games such as Crysis. The game will use Crytek's famous CRYENGINE.

Developed by Crytek UK, Homefront: The Revolution is set four years after the North Korean People's Army took over and occupied the United States. The Birthplace of American independence; Philadelphia, is now turned into Korean police state. The player gets into the shoes of a freedom fighter who, along with others, fights against his enemies and struggles to overthrow the oppressors. Entering in a conflict with technologically advanced KPA is not an option any more, hence, the players will have to use guerrilla tactics to move forward through the campaign.

With enemy being superior, players will have to turn in-game environments into their ultimate weapon. Homefront: The Revolution will also have co-op elements, as shown in the trailer below. Working together in a "Resistance Cell", up to four players will be able to collaborate with each other in pulling the fight towards their advantage. It will be easy to distract guards and buy some time for the other player to set up charges in the co-op mode. However, the mode is optional and players will have a choice to go through the game using their own specialized guerrilla tactics.

Homefront: The Revolution is a next-gen exclusive and just like most other 2015 games, it will only be released on Sony's PlayStation 4, Microsoft's Xbox One and PC. The developer of the game will take the stage at the upcoming Electronic Entertainment Expo to reveal further details and show off more in-game content. Below are the details of the game quoted from the official PlayStation Blog post.

Homefront: The Revolution is a game about guerrilla warfare. We’ve built upon the core pillars of Crytek’s FPS design philosophy – emergent gameplay and player freedom in a sandbox world – to create our most ambitious title to date.

Set in Occupied Philadelphia in a nightmare near-future dystopia, Homefront: The Revolution casts the player as a civilian-turned-freedom-fighter who must rise up and lead the Resistance against a superior military force and ignite the Second American Revolution. 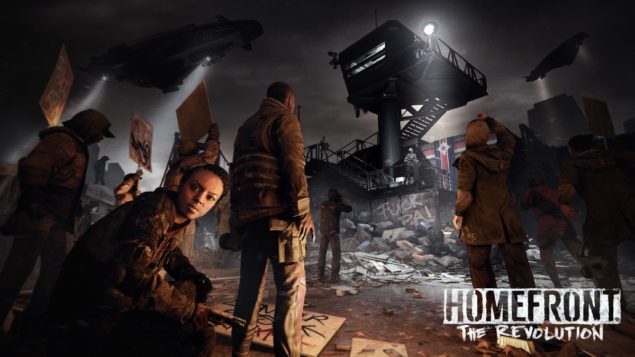 This is no linear shooter – within the open world structure, you will have to master the art of guerrilla warfare and use sabotage, assassination, deception, infiltration and hit-and-run tactics to erode your enemy’s iron grip on the city.

Homefront: The Revolution will also feature four-player co-op, allowing you and your friends to form a Resistance Cell and work together to overthrow the KPA regime. We’ve just released our first trailer, created in-engine using our bleeding edge CRYENGINE technology, and we’ll be revealing our world premiere gameplay demo next week at E3.

We’re really excited to be working on this fascinating premise of guerrilla war on your own Homefront, and hope you are too at our vision for the game. 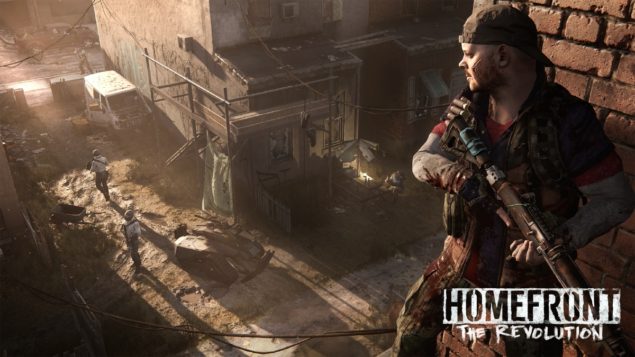 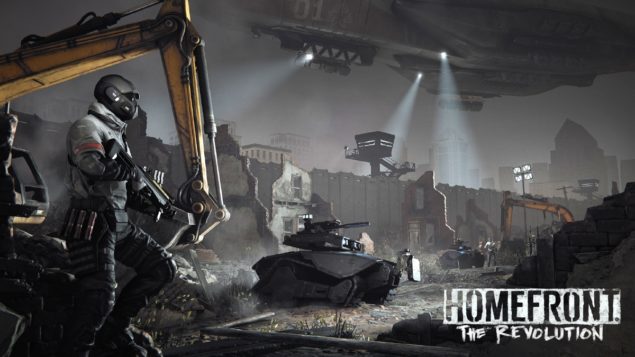 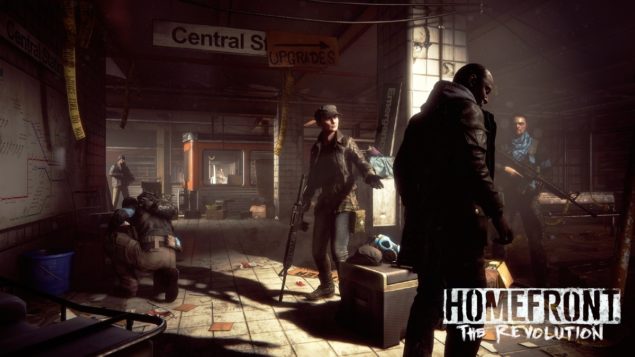 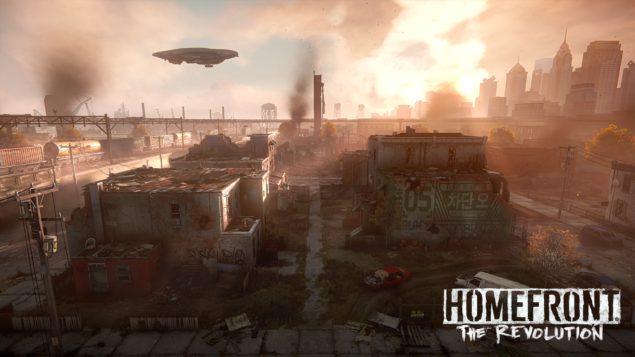