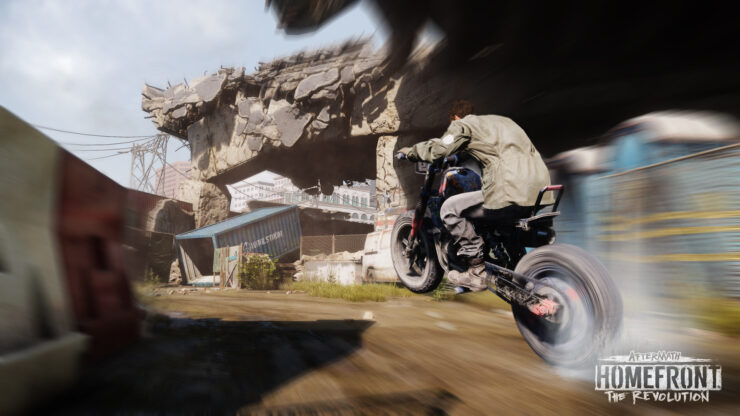 Time to listen to some rebel radio. Deep Silver and Dambuster Studios just released the second single player DLC for Homefront: The Revolution.

Here's what's going on in the Aftermath DLC according to the press release from Deep Silver:

The Revolution has begun and most of Philadelphia is now under Resistance control, but as the fighting intensifies morale is being destroyed by KPA propaganda broadcasts from the captured Resistance leader Walker. Against all odds you must defy orders and attempt to rescue Walker before the Resistance silence him permanently….

If you've never played Homefront: The Revolution, you spearhead a Resistance movement against an occupying North Korean Army (KPA) in the streets of Philadephia. You'll need to free different sections of the city in order to bolster the Resistance and push back the KPA. You'll accomplish these near impossible task by doing guerrilla warfare against an enemy with overwhelming numbers and superior weaponry.

A new free Resistance Mode Mission called Uncle S.A.M is also available. In this mission, your squad needs to deploy a series of S.A.M launchers to fend off the KPA's aircraft then take their high command before they re-establish a foothold.