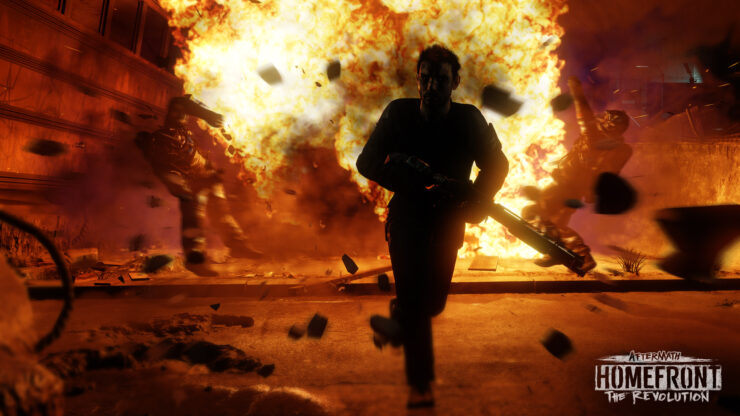 Homefront The Revolution, the first person game developed by Dambuster Studios, has been released last year on consoles and PC, but it failed to become popular due to a variety of issues, which the team has been trying to fix with several updates. Another update is currently in the works, and it will bring plenty of improvements.

On the game's official website, Dambuster Studios confirmed that the next Homefront The Revolution update, which should be released next month, will also introduce PlayStation 4 Pro support. Those playing the game on the new Sony console should expect to see a resolution and performance boost. Some HDR enhancements will also be coming.

It’s been a short while since you heard from us so we wanted to give you a heads up for what’s in store for you, arriving in March.

The Team have been working incredibly hard, focusing on remaining issues and our third and final DLC, Beyond the Walls. We can’t wait for you to get your hands on it, it’s certainly going to be a breath of fresh air.

Also included, anyone with a PS4 Pro will have the dial turned up a little to see a boost to resolution and performance. There are also some HDR enhancements thrown in there too!

Homefront The Revolution is now available in all regions on PC, PlayStation 4 and Xbox One.