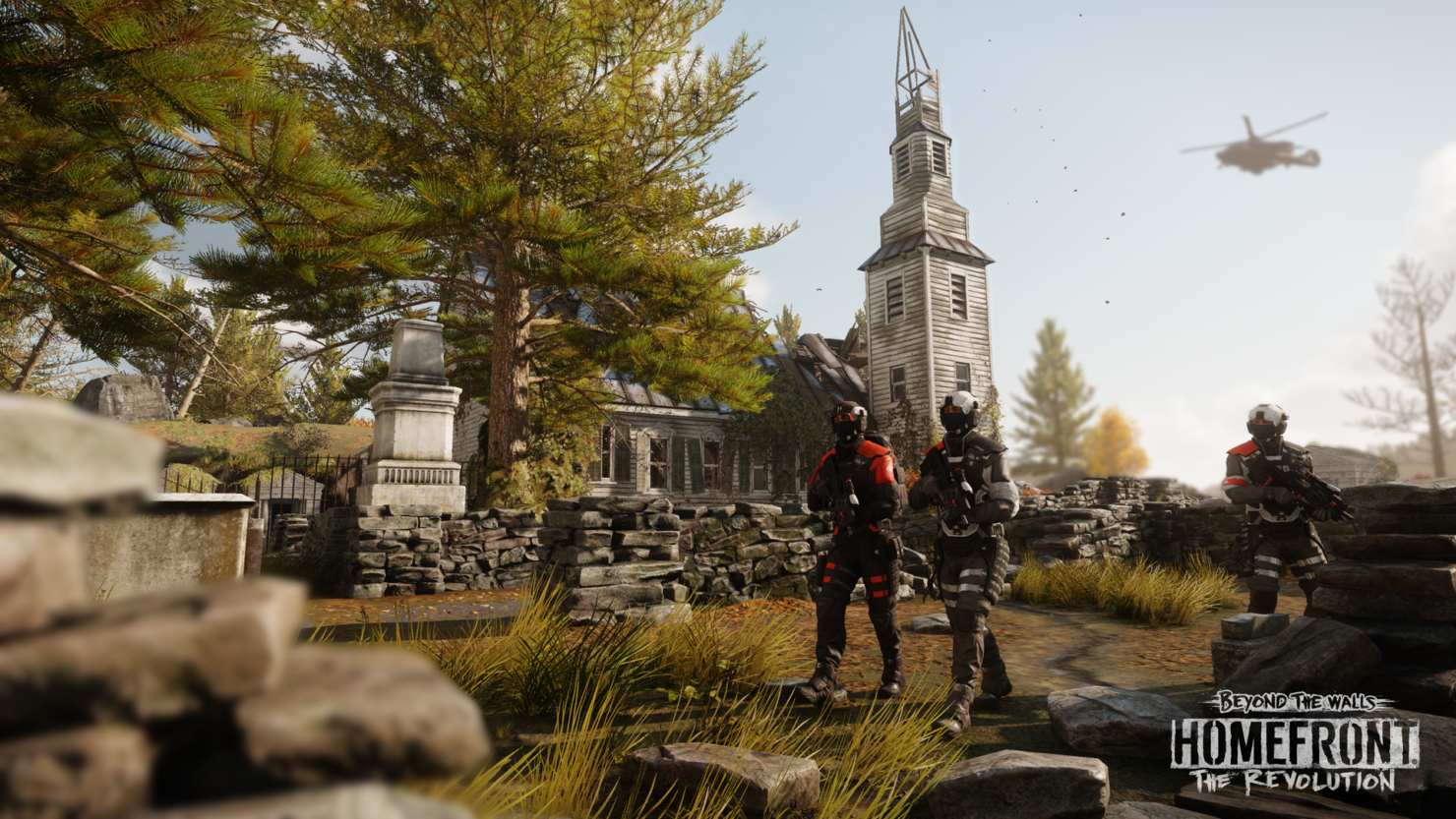 The Resistance comes to Pennsylvania. Deep Silver just announced the details for just released Spring update to Homefront: The Revolution.

Homefront: The Revolution has you wage guerilla warfare against the KPA who have occupied the United States. You need to build up the Resistance and spark the fires of revolution among the occupied people.

Beyond the Walls is the last piece of single-player content coming to the Homefront update. This DLC takes the fight to the KPA forces in Pennsylvania. The Resistance tries to keep their final stronghold from falling apart after the second 'American Revolution' has been defeated. Apparently, the resistance appears to get a lead on a way to kick the KPA out of the heartlands.

Fans will be able to try out a trial version of the game that gives you access to 4 hours of gameplay with unlimited access to Resistance Mode and online co-op.

PS4 Pro users will notice the following improvements in the latest update:

Homefront: The Revolution is out on Xbox One, PC, and Playstation 4. Beyond the Walls is free for owners of the Homefront Expansion Pass and will cost $12.99 if purchased separately.

Check our review of the game in case you're unsure about getting it, though there have been several improvements since.