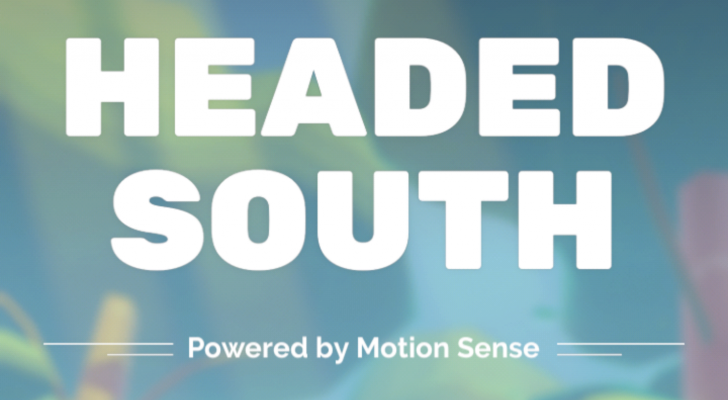 Motion Sense is arguably one of the most talked-about Pixel 4 features. Although it may seem a little gimmicky, it revolutionizes how one interacts with a smartphone and opens up a world of possibilities for developers. It turns out that Motion Sense is useful for more than just basic app navigation, as demonstrated by Headed South. The game is developed by the same people who made Monument Valley, in collaboration with Google.

A collaboration between Google and ustwo Studios, Headed South is an experience that introduces Google’s new Quick Gestures to users in a playful and engaging way.

Driven by Motion Sense, Quick Gestures introduce a new paradigm of interaction that changes the way users interact with their devices.

Headed South takes you on a journey from the forest-covered scenery of the North to the warm, secluded shores of the South in a fantasy landscape. You play as Soli, a unique bird on a mission to rescue unsuspecting wild birds from a dark, approaching storm.

Each bird is unique and requires special gestures to catch up to them in flight. Through Soli’s journey, players will learn, practice, and master the use of Quick Gestures on the Pixel 4.

Master the gestures and flight controls in order to save the birds and escape the storm!

Google demonstrated the prowess of Motion Sense using the Pokemon Wave Hello app, which lets you play with some of your favorite Pokemon using Motion Sense gestures. Not every app can access the Soli chip, though. It is done via a 'bridge' application that allows certain apps access to the chip, and Headed South happens to be one of the lucky ones.

The game's protagonist is called 'Soli.' One begins the game using touch to fly from side to side. Shortly after, the Motion Sense part kicks in, and you have to wave your phone for a speed boost, You can check out the game at the Play Store. It goes without saying that the game is available only for the Pixel 4 and Pixel 4 XL with no chance of it making its way to other devices. The reason, at this point, should be self-explanatory.