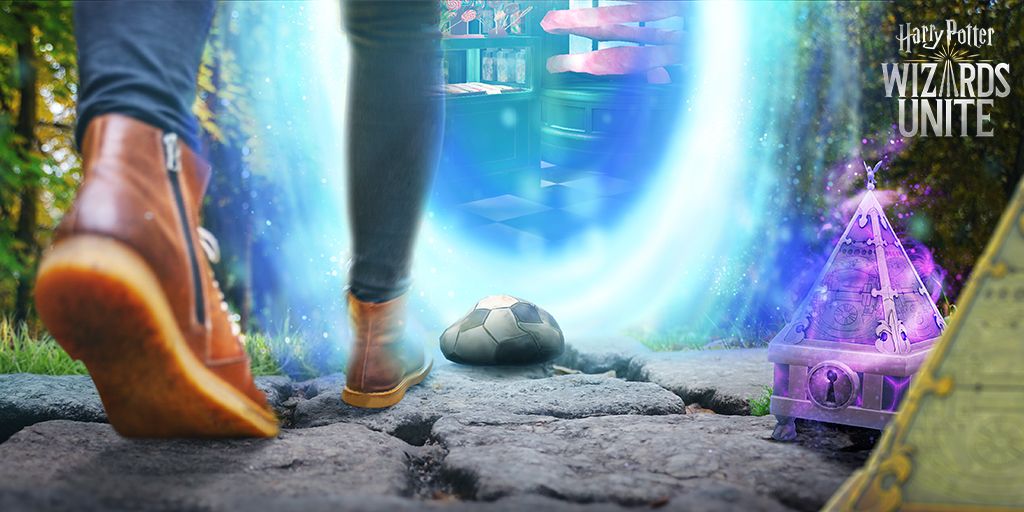 Harry Potter: Wizards Unite is, for all practical purposes, the spiritual successor of Pokemon Go. While it may not be as popular as its predecessor, Niantic is still doing a commendable job of keeping the game relevant by adding new features. Since it is a movement-based game that depends upon the distances you walk in real life, integration with fitness tracking apps would go a long way towards making the experience more authentic. And that's exactly what is happening with the latest Harry Potter: Wizards Unite update.

You can now sync your Apple Health or Google Fit app with the game. The feature is called Adventure Sync and it will record your walking distance even while Harry Potter: Wizards Unite isn’t running. A similar feature was already baked into Pokemon Go last year, and it's good to see it makes its way to Wizards Unite. It has to be enabled via the Settings and once that is done, your walking distance will be tallied in the background and applied toward your Portkey Portmanteaus.

A Portkey Portmanteau is an in-game item based on the egg's system in Pokemon Go. You have to walk a certain distance to unlock it, which comes in three variants. One has to walk for 2 KM, 5 KM and 10 KM to unlock a Portmanteau, depending on its type. Opening Portmanteaus rewards an AR encounter via a Portkey. The feature is completely optional and can be turned on or off at any time in the game settings.

Alongside the release of Adventure Sync, there are also some changes to Portkeys and the rewards collected from them. You will now be able to hold two additional Portmanteaus in your inventory bringing the total up to ten. The game will also let you visually differentiate between different types of Portmanteaus. For example, 2 km Portmanteaus will reveal a Boot, 5 km a Kettle, and 10 km a Deflated Ball.

Other changes that the Harry Potter: Wizards Unite update brings include the resurgence of some Portkey environments, such as Umbridge’s Office. Tapping Wrackspurts within any Portkey will now also have a chance to reward players with Spell Energy. Players may also discover additional Foundable fragments that couldn't be collected from Portkeys until now. The update is now available on the Android and iOS versions of the game.