I am a fan of Pokémon GO. It took me a while, but years removed from the original launch, I found myself returning to the AR game to catch 'em all, and the exercise, combined with some fun collecting mechanics, was pretty refreshing. The addition of friends, gifts, and more also helped revitalize the experience, and right now, Pokémon GO is in a pretty comfortable place. It still, in many ways, feels a bit barebones, but it's an excellent way to kill time while you're walking somewhere. So it only makes sense that Harry Potter would get in on the action, given that it's one of the only franchises I can think of that could come even close to Pokémon's share of the global consciousness.

Also, I apologize for the frequent comparisons to Pokémon GO, but it really does feel like Pokémon GO all over again, with a Harry Potter skin. Not that that is necessarily a bad thing.

As such, Warner Bros. has thrust Harry Potter: Wizards Unite upon the world, and yes, it's a lot like Pokémon GO, as you might expect from Niantic. They've learned what works from Pokémon GO and what doesn't from Ingress, and have combined their efforts to create another augmented reality smash hit mobile game. For the most part, they've done a pretty remarkable job with Harry Potter: Wizards Unite. But that certainly isn't to say that Pokémon GO fans, lapsed or current, should jump right away onto the latest AR craze.

Much like Pokémon GO, this is an augmented reality GPS game, where you'll be walking around the real world, seeking out GPS hot spots, random enemy encounters, and ingredients that will spawn on the map. It's a pretty standard GPS AR experience for the most part, of course with a comforting Harry Potter wrapping that makes everything a bit more palatable.

In an average play session, you'll boot up the game, and find Confoundables littering the map, represented by an icon spinning in place. Tap it, and you'll begin an encounter, where you trace runes to cast spells and return the Confoundables from whence they came. Confoundables essentially act as the Pokémon replacement - after all, you need something to collect and encourage you to keep playing. Each spell you cast will cost a few Spell Energy, which can, of course, be refilled if you visit AR hot spots, known as Inns and Greenhouses.

While walking, you can unlock a Portmanteau with a Portkey. Yes, this game has random, esoteric names for everything and it doesn't care if you don't understand. Portmanteaus will unlock a small room, where an AR tapping minigame will reward you with experience, materials, and possibly a new sticker for your Registry, which is essentially your record of returned Confoundables. Portmanteaus can be found all over the map, but you only get a single reusable Portkey, with others requiring earning from leveling up or purchasing from the in-game store. Ah, microtransactions, we've found you.

So you'll max out your inventory space quickly, and the worst part is, that doesn't guarantee anything useful. You can easily max out your ingredients, and still not have the ingredients you need to craft any potions, forcing you to throw away anything you have a surplus of, in hopes you'll pick up something better on your next walk. Potions are also not useful for absolutely every situation, so you're likely to throw a few away instead of actually use them. Even if you only play for an hour a day, it'll be less than a couple of days before you find yourself tossing things out of your vault, lest you be plagued by prompts to spend money and expand that inventory.

Luckily you can earn the premium currency in-game, just like Pokémon GO. You can get tiny amounts from catching certain Confoundables, clearing tasks and achievements, and going through Fortresses to do battle - much like a Pokémon gym. So expanding your inventory with premium currency can be your goal, a tangible reward you can earn from working hard and playing the game. It certainly makes the overbearing prompts to expand much more palatable if you can do so without paying money, though after a week of playing, I can only expand one of my inventories, and of course that's with the bonus premium currency you get from logging in and clearing early achievements, which won't be there once you're an experienced player.

Frankly, the inventory limit is a burden, and constantly being reminded of how little vault space you have interrupts the flow of the game more than anything else. Sure, there are a few bugs in the game currently. Your character stuttering or not moving as you do, menus glitching, a few infinite load screens, but these feel like minor trifles compared to the constant inventory reminders. The fact is, even if I spent the money to expand all of them, it wouldn't be long until they were filled once again, and the prompts would return.

Even returning the Confoundables to complete the registry isn't as satisfying as in Pokémon GO. Each section of the registry, once completed, can prestige, leveling it up, offering you more experience, but also removing everything you've worked for, and setting a higher target to add the stickers back in. It's not like you can just fill a Pokédex here, you have to endlessly work to return more and more Confoundables, there's never a point where you can feel comfortable just ignoring the Confoundables that appear on the map, especially since there's no point in not using the prestige.

It also lacks one of my favorite parts of AR GPS titles. Seeing your influence on the map. In Pokémon GO, it's the gyms. Once your team controls a gym, your color shines to everyone nearby. In Ingress, you can create massive control fields spanning the length of entire cities and towns, being left as a marker and a warning to anyone wishing to invade your territory. In Harry Potter: Wizards Unite though, there's none of that. It doesn't feel like you have any influence whatsoever, and unless you see a Fortress being used or a Dark Detector at an Inn, then the map looks and feel static, unmoving, boring. Being able to influence the digital world should be the key selling point of AR games, and it's just missing here.

Even the Fortresses, where you undergo Wizarding Challenges and fight against enemies, are pretty boring. You could argue the combat here is miles better and more engaging than what you find in Pokémon GO, but that doesn't mean the Fortresses are interesting. Frankly, standing near a Fortress hotspot and fighting away feels like a waste of time, a feeling I didn't get when felling Pokémon gyms or erecting control fields in Ingress.

But I think the oddest thing of all, is that Harry Potter: Wizards Unite feels more polished and focused than Pokémon GO or even the re-released Ingress Prime. It also looks nicer than Pokémon GO does now, the character models are more detailed, the AR functionality works better, combat is better, and the menus feel distinctly Harry Potter, while in Pokémon GO they feel placeholders.

But all of that is for naught if the game feels lacking. What Niantic and Portkey Games have done here is to create the best looking and performing GPS AR game yet. But also one of the least engaging. I have had fun with Harry Potter: Wizards Unite, but will I return to this in months to come, as I did with Pokémon GO? The answer is simply no. I feel no desire to play this game outside of the fact that I must for work. And that is possibly one of the most damning condemnations I can give.

Despite that, I have to acknowledge that what it does, it does well. But it's also done elsewhere, and in some cases, better.

You can download the game on the App Store for iPhone, Google Play for Android devices and the Samsung Galaxy Apps Store for Samsung devices. 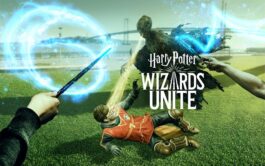 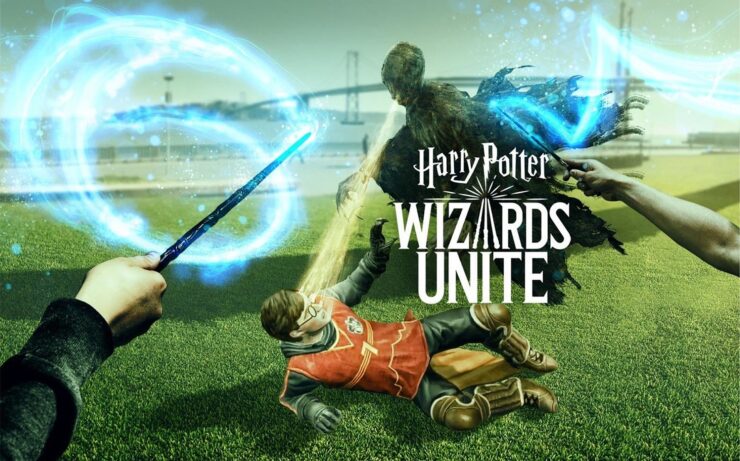 Harry Potter: Wizards Unite is a very good GPS based AR game, but it borrows so much from the likes of Pokémon GO that it is left without a distinctive hook or personality of its own. It feels like a Pokémon GO reskin. A damn good reskin, with a lot of effort put into it, but a reskin nonetheless. This is unlikely to inspire the fans of other GPS AR games to jump on board, but if you're a Harry Potter fan that likes to go on walks, there is no reason not to try it out.