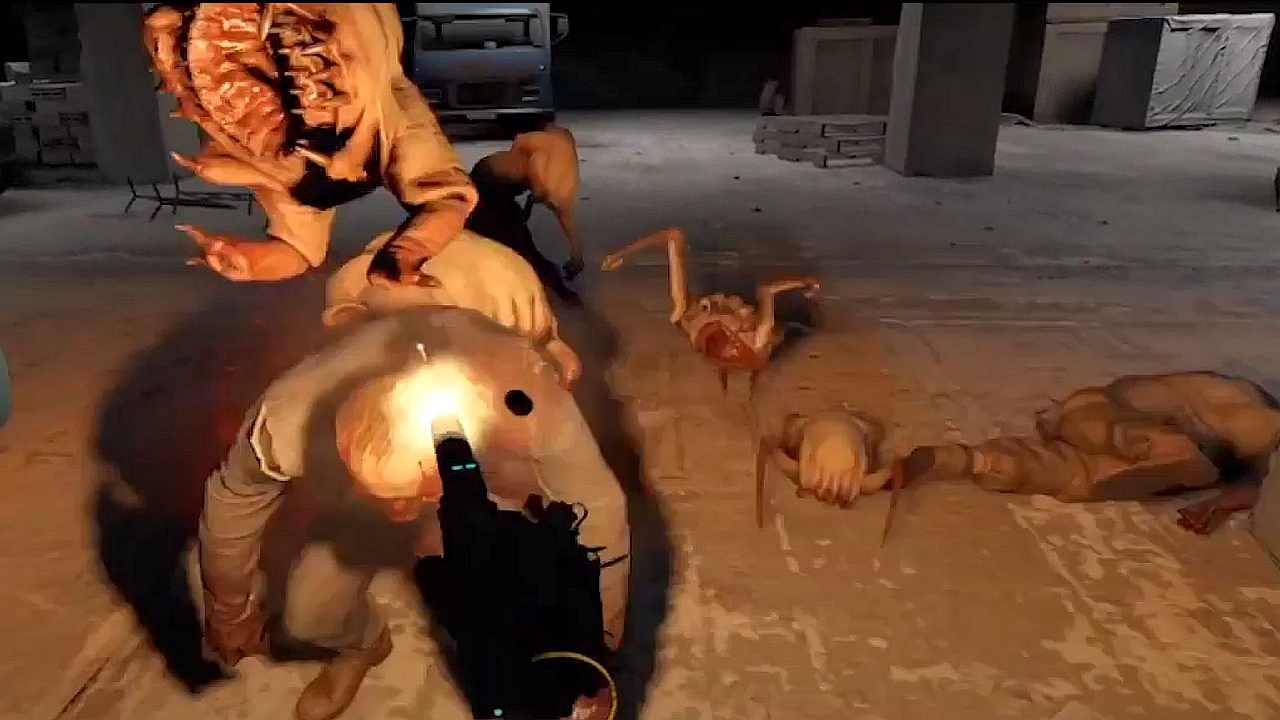 Half-Life Alyx may have launched only about three weeks ago, but the Valve game already spawned a veritable plethora of mods as we all expected. The most anticipated one was, of course, the one that lets non-VR players experience the game without having to use a Virtual Reality headset.

However, those who actually plan to play using VR can rejoice with the 'XenThug' mod, created by 'Manello'. This mod adds what is a rather simple, yet potentially fun horde defense mode.

Those who want to create custom maps with XenThug enabled can take a look at Manello's GitHub repository for more information. The creator reckons it should be fairly easy to add support for it.

In between fights manage your economy, collect money from the dead fools and buy yourself ammo, health and more at the four vending machines placed on the map. Brace yourself for the next wave, your highscore migh end right there!

I want to use smooth turn, is that possible in this XenThug mod?
Yes it is! The game sometimes just doesn't use your normal user settings, so you might have to go into your settings again and change it to the desired mode.

Are there spoilers in the XenThug mod about the story of HLA?
In theory there is nothing you can get spoiled about in this mod, but if you wanna be sure finish your campaign first!

I installed the mod exactly like you described, but once I start the game I just end up in the main menu!
Well check again that you did everything correctly, step by step. If you are using other mods as well they might break mine, depending on what they do.

Can this mod be played in No-VR Mode / with one of the No-VR Mods?
In theory yes, but in this version, nope.

I am not able to find the shotgun!
You won't get it without the yellow key.

Where the heck is the SMG?
Look up high!

Is there an end to this XenThug gamemode?
No there isn't. Once you fought against all available waves you will receive the very first wave again, but this time doubling its life. So go in there and hunt down the high score!