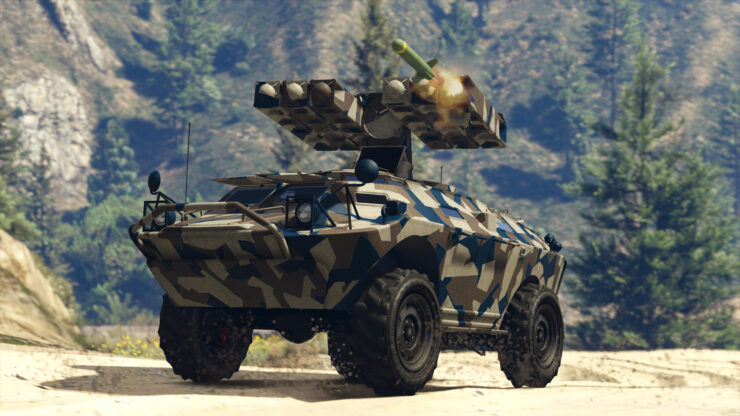 Rockstar Games has released the first details and screenshots for GTA Online Gunrunning.

Dotted throughout Blaine County are hatches - look into these mysterious properties on the Maze Bank Foreclosure site and you’ll find sprawling underground headquarters for sale, ready to be stocked with new military grade vehicles and weapons manufacturing equipment capable of developing highly sought after offensive and defensive technologies. As the residents of Los Santos know, the only thing more fun than crime is profit and should you choose to invest in this new business, some extremely shady customers are ready to pay top dollar for what you can deliver.

More information about the free Gunrunning update will be shared shortly.